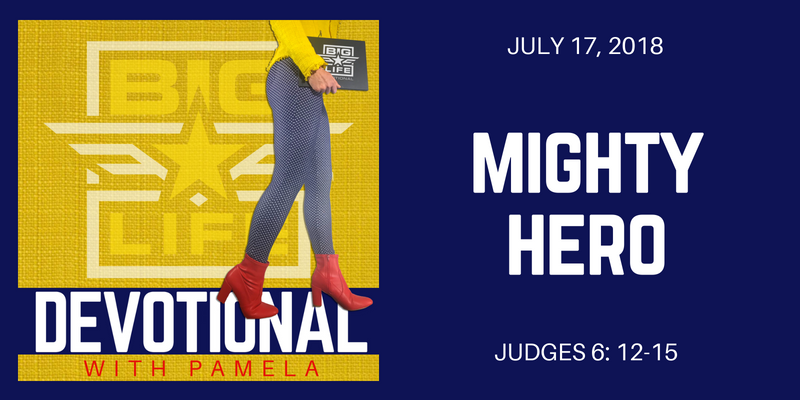 Today’s devotional is titled “Mighty Hero” and you are about to get some guidance from God!

Now this must have been confusing to Gideon because it sure didn’t feel like God had been with him. I mean everything had been going wrong. Everything. And why would God call him a hero? He had done nothing. He felt so helpless threshing his wheat, hiding just trying to find a way to eat. But yes, God called him a hero. Other translations call him mighty, brave, and valiant.

God had a plan for Gideon and who he would need to be was something much more than he currently was. God has a plan for you and you may need to become much more than you currently are. You may need to rise up to the potential God has placed in you, buried beneath years of playing little and settling for less. God sees you for who you CAN be and he calls you out to step into your potential. Are you ready to become more than your currently are? Are you ready to step up to the next level of living?

By Lonnie|July 17th, 2018|Categories: Devotionals, Podcast|Comments Off on 122 Mighty Hero