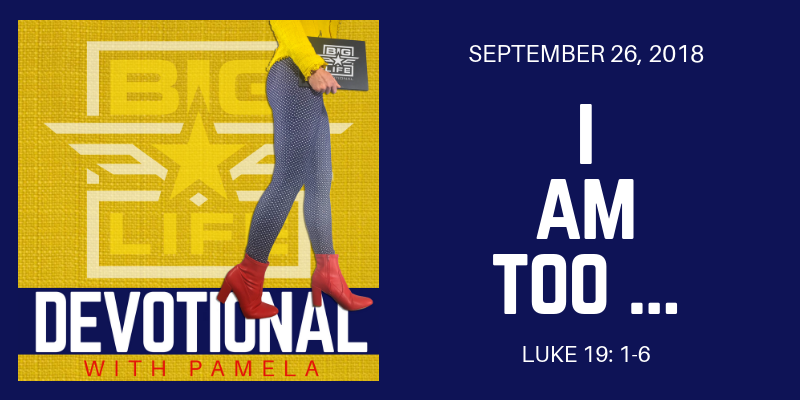 Yesterday, an image was floating around on Facebook that grabbed my attention and honestly I haven’t been able to stop thinking about it since. Just a simple painting of a tree with these words “LONG BEFORE ZACCHEAUS COULDN’T SEE JESUS, THE TREE WAS PLANTED TO MEET HIS NEED.”
Woah.
Perhaps you remember the story of Zaccheaus found in Luke 19: 1-6:

“Jesus entered Jericho and was passing through. A man was there by the name of Zacchaeus; he was a chief tax collector and was wealthy. He wanted to see who Jesus was, but because he was short he could not see over the crowd. So he ran ahead and climbed a sycamore-fig tree to see him, since Jesus was coming that way. When Jesus reached the spot, he looked up and said to him, “Zacchaeus, come down immediately. I must stay at your house today.” So he came down at once and welcomed him gladly.”

Zaccheaus had a need: He wanted to see Jesus.

He had a problem: He was too short

The solution had been put into place long before. A tree had been planted, the tree had grown tall, and now it was there for him to climb and see Jesus.

This man was too short. What are you “too” of? Don’t we all struggle with being too much of this or too little of that? God has already been at work to meet your need. Just as the tree was there to climb for the who was too short, what you need will be there for you.

God works in mysterious amazing ways. I’m just coming out of a weekend where I saw God’s fingerprints on every detail. This past weekend was our BIG Life Adventure Retreat. I always share about the wild good times and the crazy adventures we have, but I don’t often get to share how God shows up in the details to meet the specific needs of the women there who are feeling too much of this, or too little of that.

One woman came for her first retreat, we’ll call her “M”. “M” hated retreat from the second she arrived, and she was pretty sure she hated us. We were loud. We were slightly obnoxious with our ridiculous crazy pants and loud music. In fact she said we were exactly the kind of women she spent her life trying to avoid. I can totally see her point. When I announced we had 46 hours together to make the most of our time, she quickly started counting down because those 46 hours couldn’t go fast enough. One thing after another happened in those first few hours that convinced her she didn’t belong there and we were NOT her kind of people. I mean here we were on Friday night dressed in camouflage, black painted on our faces like football players, screaming “I believe that we will win”, and climbing ridiculously tall telephone poles just to jump off and zipline in the pitch dark. Who does this stuff? Not “M”.

And then it happens. “M” gets injured. She tears her calf muscle and can’t walk. She’s carted back to the cabins and a group of us climb down off our poles and go with her. Now this woman who really, really didn’t like us was surrounded by us receiving personal attention. Two of our ladies who were nurses had to de-pants her to get the circulation flowing again. So imagine this, she’s laying in a bed, injured, being stripped down by strangers in camouflage and eye black … and then it happens. She sees we’re the real deal. We do care about her. Her guard was down and we weaseled our way right into her heart and now we’re BIG Life sisters. Now she’s in the inner circle of mentoring learning how to become exactly who God created her to be.

And God had gone before her to get her exactly to this place where he could work. He had provided every single need to overcome these obstacles. You see God loves “M” wildly and he would stop at nothing to prove his love to her.

God loves you the same way my sister. With a big wild love that will work in the wildest, craziest ways you never saw coming. Whatever you need to help you become who you were created to be has already been set in motion. If it’s a tree to climb, the tree has been planted. If it’s a loving guide, your guide is waiting. If it’s a torn calf muscle, that’s already in the works! God will stop at nothing to get to you. There’s no mountain he won’t climb, no wall he won’t tear down coming after you.

We’re filled with all of the these “too’s” which hold us back. I’m too fat. I’m too old. I’m too shy. I’m too scared. I’m too poor. I’m too broken. I’m too far gone. And God says “I’ve already planted something long ago to overcome this!”

Zaccheaus was too short, so God had a tree for him. God has something special just for you and your “too”. It may be a beautiful tree strategically placed in just the right spot, or it may be a torn calf muscle strategically timed with just the right people, or something in between. But I know this … God sees your need and whatever your problem is, the solution is already in the works. You can trust that.

Your problem is not surprise to God. In fact, it may very well be part of God’s perfect plan to align you with your destiny. Your need is an open invitation for God to work. The problem is we don’t like to admit our need. We’re all self-sufficient claiming “we’ve got this” … girl, there are some things in life you “don’t got!” And that’s completely okay. That’s where God can work. That’s where God shows up and shows off. Let him!

Where have you been feeling too much of this or too little of that? Know that God has already set into motion exactly what you need a long time ago!

“M” needed a crazy bunch of loving women to show her the way when she got a little lost. That was set in motion 8 years ago when we started hosting retreats. And it was for HER.

I wonder what God has been doing for you?

By Lonnie|September 26th, 2018|Categories: Devotionals, Podcast|Comments Off on 173 I Am Too