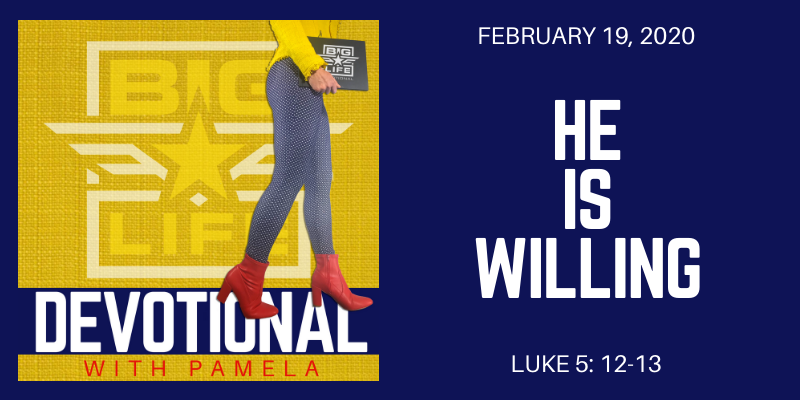 And isn’t this us sometimes as well? Something that has happened to us has become our identity. We’re living in our own wilderness, cut off from the life once available to us. We are alive, but we’re not fully living. What is separating you? What have you taken on as your label, limiting you? Just as the leper was yelling “unclean” as people were near, are you yelling “unworthy”, are you screaming from the inside “unimportant”? The label of your identity is self-proclaimed “quitter”, “loser”, “slacker”, “misfit”, “awkward”, “stupid”, “weak”, “damaged”, “broken”. Somewhere along the way maybe something happened that caused you to feel this way and you took that on as your identity. It became who you are. And it has separated you from the life God created you for.

May you receive the touch of Jesus today. May you know that he is not only capable, but he is SO WILLING to heal you and restore you completely. He’s coming to you right now. He’s drawing in close. Don’t run from him. Don’t hide. Let him touch you. Drop your labels and old identity others have tried to give you. Receive what Jesus has for you today. He is willing. Will you receive?

By Lonnie|February 19th, 2020|Categories: Devotionals, Podcast|Comments Off on 536 He Is Willing