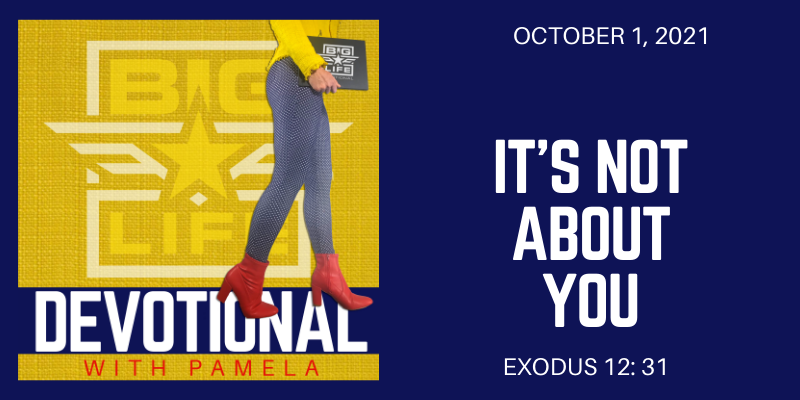 This morning I was thinking about God’s people, the Israelites, who he set free from captivity in Egypt, parted the Red Sea to save them, and provided miraculous manna on the daily to sustain them. My thought went back to BEFORE they ate manna. Before the miracle of the Red Sea. Before they were set free. They were slaves in Egypt. They were forced to work and unable to live full and happy lives. What happened there BEFORE they were set free?

Terrible things. Horrendous things. Unthinkable things. And they were there to see all of it. It was happening all around them. God’s people were there for the plagues of Egypt. 10 plauges, each with a purpose. A purpose the Israelites may not have understood in the middle of it. But the purpose was good. It was FOR them.

The 10 plagues in the book of Exodus

1 Blood
The waters were turned to blood – the fish in the river died and they couldn’t drink the foul water.

03 Lice
All over Egypt, bugs crawled from the dust to cover the land.

04 Wild animals
Hordes of wild animals destroyed everything in their path.

05 Pestilence
A fatal pestilence killed most of the domestic animals of the Egyptians.

06 Boils
Painful boils covered the bodies of the Egyptians.

07 Fiery hail
Hail struck down all the crops in the fields and shattered every tree.

08 Locusts
The locusts covered the face of the land and swallowed up every crop and all the fruits of the trees.

09 Darkness
A thick darkness fell over the land of Egypt, so total that the Egyptians had to feel their way around.

10 Death of the first-born
All firstborn Egyptian sons died.

10 plagues. 10 horrible events happened all around them. In the stretch of about 1 year, they were surrounded by chaos, destruction, fear and loss. They saw it all happen, but they didn’t know why it was happening. They couldn’t see God’s big picture plan in the middle of this year where everything went wrong. And when I say everything, I mean everything. Look at all the things that happened in Egypt as part of the 10 plagues.

But this wasn’t their punishment. This wasn’t about them. Each of these plagues were sent as a sign to Pharaoh that he was holding God’s people, and until he let them go, destruction would come and his people would be devastated.

Maybe you’re surrounded by chaos and hardship, loss and destruction, but you don’t understand this isn’t about you. You can’t see it, and even if you could you wouldn’t understand it right now, but what if this is FOR YOU. For your future. For future generations. For destines to be realized and purposes to be fulfilled. For breaking chains that have hindered for far too long. For things that have never changed before to start changing now.

Pharaoh had never listened to God before. He had never considered setting the Israelites free. This had been happening for over 200 years. The living Israelites had never tasted freedom. They had never lived a single day of their lives out of captivity. But that was about to change. How did it change? A year of the worst possible things happening all around them. A year of God moving to set them free, but it looked a whole lot more like terror. It looked like everything going wrong. It looked like a dark hopelessness where every day it only gets worse.

But through it all, God was working. This wasn’t about them, it was FOR them. Eventually, after all of this continual loss and destruction, Exodus 12: 31 “Pharaoh sent for Moses and Aaron during the night. “Get out!” he ordered. “Leave my people—and take the rest of the Israelites with you! Go and worship the Lord as you have requested.”

Yes, what had never changed before, now changed. Chains that had hindered for over 200 years were now broken. Generations that had never experienced freedom now walked out of Egypt free. How? Because of everything that had happened. All of the bad had been used for good.

God’s purposes will not be stopped. He will do whatever it takes to bring you to the life he purposed you for. Whoever stands in the way of that, he will move. And when he moves the things holding you back, it may not feel like a freedom party. It may feel like a plague. It may look a whole lot like everything going wrong. It may be a series of bad things happening that only seem to grow worse.

But remember God’s people and their freedom. Remember how they were in the midst of the plagues, but again and again, they were saved. They were protected. That’s because this wasn’t about them, this was FOR them. All of this was for their future and their freedom. Their opportunity to live a better life than they had ever lived before.

But they still had to go through the plagues. They were still surrounded by the chaos. They still witnessed the loss. And so will we. We don’t live in a bubble surrounded by rainbows and glitter. Our lives are touched by real life, and God works in it all. God is working in this. He is working FOR you in this.

God’s people were surrounded by destruction, but they were protected. When darkness fell on Egypt for 3 days, they still had light. When everyone else was infected with boils, their skin remained clear. When the first born children of Egypt died, their children were protected. It wasn’t a bubble of happiness and rainbow farting unicorns. It was hard. It was scary. But God was continually working all of this together for good for his people, and he was setting them free.

Maybe this isn’t about you, but it sure is for you my sister. Things are changing here. Things that have never changed before. And maybe it’s hard, but maybe it’s for something so ridiculously good in your future that your mind couldn’t even imagine it right now.

Freedom. Freedom to step into the destiny your Creator has planned for you. Freedom to live up to all the potential he put within you and fulfill your divine purpose in this life. Nothing shall stop the power of God from working here.

It’s not about you, but it sure is for you.

By Lonnie|October 1st, 2021|Categories: Devotionals, Podcast|Comments Off on 957 It’s Not About You