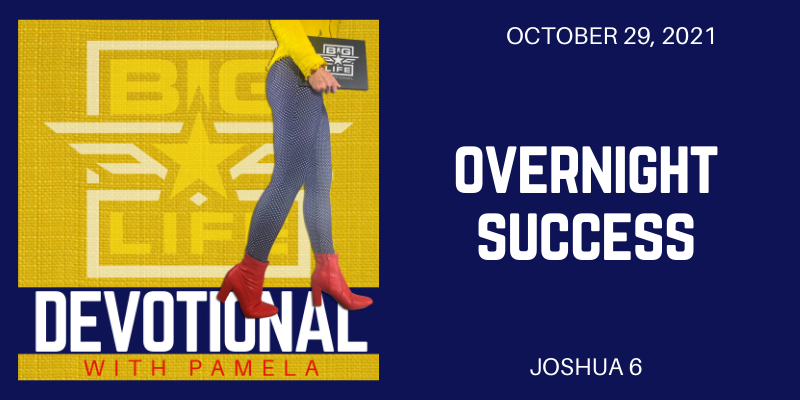 There was a time I was so busy giving up on myself, I couldn’t see what God was offering. A time when my failures were on display, and frustration was my lead feeling. No matter how hard I worked, no matter what I tried, it simply wasn’t working. So I gave up. I quit. I assumed the position of ‘tried but it darn sure didn’t work’.

But, that’s not my story today. The very same things that didn’t work before, work gloriously today. Less effort creates even greater results now. It all flows. It’s almost easy at times. I just stepped right into it. And if you didn’t know my story before, you would assume it’s always been this way for me.

But there are two things that changed my story. Two things that brought me back when I had quit. A God who never quit on me, and a friend who called me to more.

This morning, I wake up in a mansion sitting high atop the oceanside cliff with the waves crashing below. Women from across the country are here with me for one of the retreats I’ve created to share with them. This retreat sold out immediately with a single announcement and had a waiting list for months. I record this podcast live knowing thousands and thousands of people around the world will be listening to these very words without ever selling a single advertisement.

BUT … there was a time when I couldn’t give away our retreat tickets. A time when 20 people wouldn’t faithfully listen to these devotionals. A time when I was embarrassingly unsuccessful. A time when everything I walk in today was almost forfeited.

And maybe that’s where you are today. You’re in this place of frustration and delay. You’re questioning if you can keep going. You’re on the verge of giving up, or maybe you already have. But you’re about to hear something that will reignite your flame and energize you to pick up your foot and take the next step.

THIS IS WHERE YOU KEEP MARCHING.

THIS IS WHERE YOU KEEP SHOWING UP.

THIS IS WHERE YOU TRUST WHEN THE TIME IS RIGHT, THINGS WILL CHANGE, IF YOU DO NOT GIVE UP.

THIS IS WHERE GOD IS LEANING OVER THE RAILS OF HEAVEN SCREAMING, ‘I HAVEN’T GIVEN UP ON YOU!’

God is looking for some modern day Joshua’s who are willing to do ridiculous things for as long as it takes to get their victory. He’s looking for some girls who won’t give up when things don’t happen immediately.

Joshua chapter 6 tells the story of the walls of Jericho. We’ve all likely heard the story, but how can it possibly apply to you? Joshua faced the impossible task of taking over the city of Jericho. But Jericho was completely secure with walls so tall and so thick, it could not be penetrated. God gave Joshua his battle plan and it was nothing more than to march around the walls for 6 days. On the 7th day, they were to march around the walls 7 times, then blown horns and shout real loud. That would do the trick.

But Joshua was bold enough to do it anyway. On the 7th day on the 7th circle, the walls indeed came tumbling down. Success. Unimaginable success.

God is inviting you into a story that doesn’t make sense my sister. He’s offering you the opportunity to be part of a miraculous work that seems absolutely ridiculous. And your loving Father is just hoping you will have the courage and faith to show up for it.

But, here’s the thing, unlike Joshua, God never gave me a clear battle plan and timeline. He never promised me on 7th day, the 7th week, or the 7th month this would work. In fact, it was about the 7th year that impossible walls came down for me. All this time, he gave me the daily strength to keep going and faith crazy enough to believe God was going to do something with it.

At the most pivotal time when I was quitting, God was preparing for some excavating of everything that had stood in my way. And maybe here while you’re busy giving up on yourself, God is busy preparing what you cannot imagine specifically for you! Don’t you want to know what he is planning to make possible? Don’t you want to taste his goodness for yourself and step into the impossible with your own feet? Then sis, keep on marching.

Isaiah 4:29 “He gives strength to the weary and increase the power of the weak.” You can do this because God is strengthening you and increasing your power.

While I was quitting, God was getting ready to blow some things up, and one friend spoke words that aligned my will with God’s will. This friend was 34 years old and her journey here on this earth was coming to an abrupt end. On her final evening of life, she grabbed my hand and said “PROMISE ME YOU WON’T QUIT.”

So I made a promise. That same year the retreat I had previously cancelled became a legacy retreat to honor her life and teach others how to live their legacy. The devotionals I had hosted as a private conference call were made public. Our walls came down. Retreats sold out. People lined up to listen. We stepped into our victory.

Now, maybe you need a friend to do the same for you. Here I am girl … “Promise me you won’t quit.”

You were not created for a life of defeat. Don’t you know the old song “Victory in Jesus, my savior forever. He sought me and bought me, with his redeeming love. He loved me ‘er I knew him, and all my love is due him. He plugged me to victory, beneath the cleansing flood.

Yes, plugged to victory. Nearly freaking drown. I know you can’t breathe here. I know it feels hopeless. I know you think you’ve been defeated. But this is your cleansing flood. This is where all that is unnecessary is washed away, you are stripped down to your core and God whispers to your soul “I’m not giving up on you.”

Galatians 6:9 “Let us not become weary in doing good, for at the proper time we will reap a harvest if we do not give up.”

I don’t know what circle you’re on. Circling and nothing is happening. But I know this much, if you stop now you will never know the victory God had planned for you all along.

You know those overnight success stories? Those people who are nothing one day and booming the next? We are all those stories. Overnight something will click and one day you will be doing the same things you’re doing now and it will just work. It will freaking work!

By Lonnie|October 29th, 2021|Categories: Devotionals, Podcast|Comments Off on 977 Overnight Success