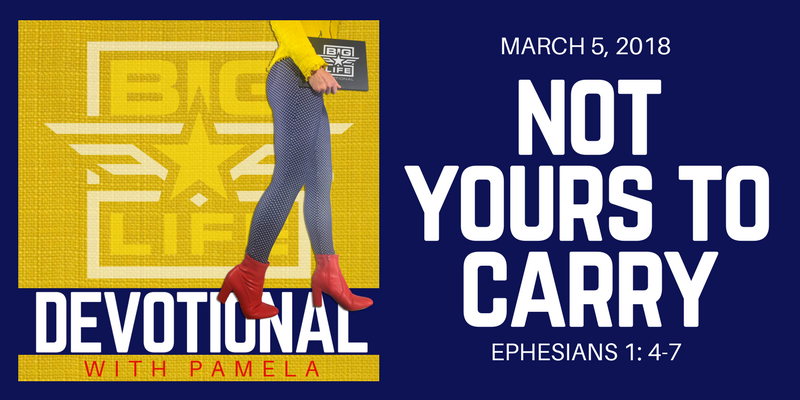 When I was 15 my family started going to a little country church in my hometown of Ava, Missouri. I didn’t understand most of what the pastor was saying, but I knew something in my heart was moved when I would sing the words “Jesus paid it all. All to him I owe. Sin had left a crimson stain, he washed it white as snow.” I was young, I hadn’t racked up a whole lot of sin at that point, but I knew I wanted to be washed clean.
Ephesians 1: 4-7 Even before he made the world, God loved us and chose us in Christ to be holy and without fault in his eyes. God decided in advance to adopt us into his own family by bringing us to himself through Jesus Christ. This is what he wanted to do, and it gave him great pleasure. So we praise God for the glorious grace he has poured out on us who belong to his dear Son. He is so rich in kindness and grace that he purchased our freedom with the blood of his Son and forgave our sins.

Oh it was your sin, no doubt. Your bad choice, your neglect, your mistake, it was you, but it’s no longer yours. On the cross the price was paid for you personally and that sin, the one that still haunts you today, it was bought. You have been forgiven. And what does our scripture today say? “This is what he wanted to do and it gave him great pleasure.” God wanted to pay the price for you. Jesus willfully did this for you knowing in advance every bad choice you would ever make.

Ahhhhh, think about that for a moment. God knew every bad choice you would ever make in your entire life and he said “yes, she’s worth it. She’s the one I want. I want to pay the price for her. I don’t want her to have to face the penalty for her sins or carry the guilt through her life. I’ll cover her.”

As a mom of 3 teens, this is a truth I need to continually remind my kids of. They’re going to screw up. They will make world class screwed up choices just like I did, and God knew that when he chose them. It didn’t stop him. In fact it made him all that much more determined to save them because he knew they couldn’t do it on their own. Won’t you tell your kids they don’t have to carry around that guilt and shame any longer? They have been forgiven.

Maybe you’ve been holding a grudge against someone who wronged you. Won’t you let it go today? It’s not yours to carry. If God can cover your sin, don’t you believe he can cover someone else’s sin against you too. He can heal that wound. He can make you whole. Jesus paid the price for it already. You can walk in freedom now.

By Lonnie|March 5th, 2018|Categories: Devotionals, Podcast|Comments Off on 026 Not Yours To Carry