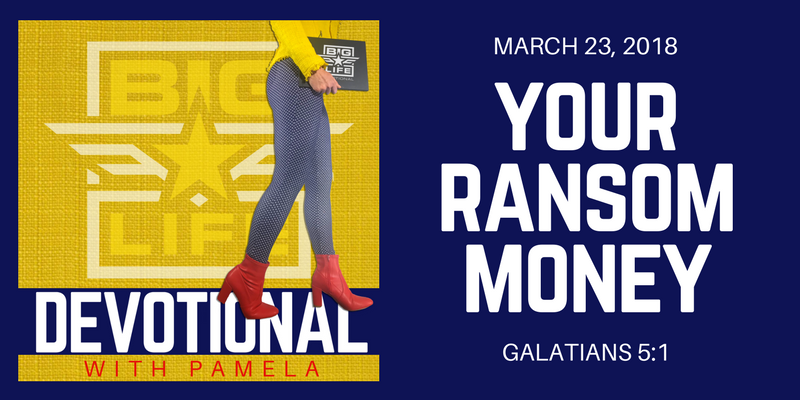 I’ve titled today’s devotional “Your Ransom Money” Ransom. It’s something we only see in the movies. A payment demanded for the release of a person being held captive. Maybe you remember the late 90’s movie with Mel Gibson where his little boy is taken and the kidnappers demand 2 million dollars in ransom. Using that movie as our visual, I want you to imagine, you have been taken captive. The price demanded for you is higher than anyone can pay. You will never be set free, held prisoner for all the days of your life until someone pays the price.

The self-sabotage of 3 hour naps, days without showering, hiding in the pantry eating crap, looking in the mirror with disgust, wasting your days, wallowing in misery, denying yourself of the simple things that make you happy … yeah, that’s over!!!!!

You have been set free, there is no longer any condemnation, so stand firm today and don’t let yourself be burdened by one bit of slavery today.

By Lonnie|March 23rd, 2018|Categories: Devotionals, Podcast|Comments Off on 040 Your Ransom Money