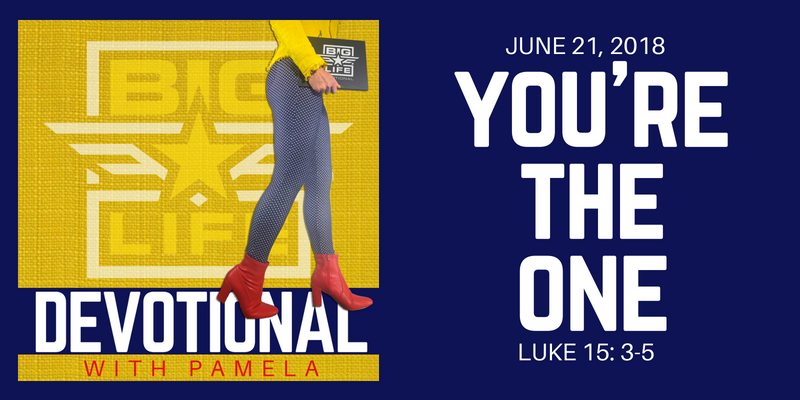 God is good. Once you experience his goodness, you will feel an emptiness if you ever pull away from him again. If you feel empty, could it be because you’ve pulled away? Have you distanced yourself, stopped doing the things you once did that brought you closer to God? I believe we all go through these seasons in life where we lose our way a bit, we go chasing after the sparkly object, we get busy with this and distracted with that, and before we know it we’ve fallen into a habit of doing life without God. And since God is good, you could saying trying to do life without God SUCKS! It sucks the joy out of you, it sucks the peace out of you, it sucks the contentment out of you, and you’re left living in turmoil where the days are long, the patience is short and there’s just not a whole lot of happiness in it all. That is emptiness. That emptiness is felt as a result of that God sized hole within you being unfilled.

You’re listening today because you have a relentless God who will stop at nothing in his pursuit of you. If you’ve pulled away, He misses you. Through it all he’s been chasing you down recklessly. There’s no where he won’t go after you. There’s nothing he won’t do to reach you. He will sacrifice anything to get to you. And hasn’t he already proven that? Remember, he sacrificed his one and only son so that you could be redeemed and not have to pay the price for your own sins. That’s reckless in our eyes. That’s love. Love makes you do crazy, unreasonable things. Love gives you laser focus on one person and there’s nothing you won’t do for that one person. Understand, God has a laser focus on you and there’s simply nothing he won’t do for you in his pursuit. There are no limits to his love for you. Even when we are so undeserving of this love, he lathers it on us.

It seems reckless to leave behind the 99 to go looking for the 1, but this is exactly what God does for us. And don’t get all jealous because as some point or another, you were the one he came looking for. The 99 have the safety of each other. The one separated and alone is in danger and the great Shepard will pursue it until it is found, then carry it home on his shoulders.

Do you have a child on the wrong path in life? Pray for them. Unleash God’s relentless love on them. Stand in the gap for them and seek God on their behalf while they’re hellbent on screwing up their life. You think God doesn’t hear your prayers for your child? Oh come on Mama, there’s nothing more powerful you can offer than your prayers. It’s far more powerful than your pushing, pulling, or preaching. It’s their time to be the 1 and God has an opportunity to prove his relentless love for them right now. AND HE WILL.

By Lonnie|June 21st, 2018|Categories: Devotionals, Podcast|Comments Off on 104 You’re the One