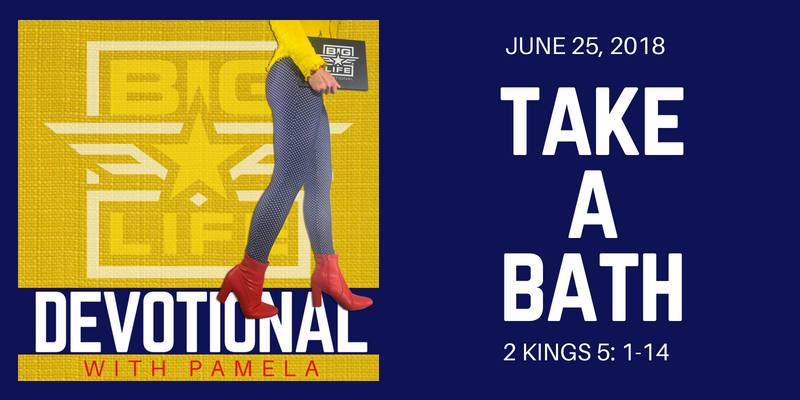 If God told you today to do something big and great, you would do it, wouldn’t you? If you knew without a doubt this big thing was from God, you would be excited to follow his plan, right? But, what if God is telling you to do something specific today, however it’s not big and grand. In fact, what God is telling you to do seems like a tiny or insignificant step. Or maybe it even seems ridiculous and doesn’t align with what you think is best. Will you still do it?

Is your desire God’s will over your own? Can you say there’s no place you would rather be that in God’s plan for your life?

Have you ever prayed that prayer? Lord, I will do anything if you’ll heal me.. Lord I’ll do anything if you’ll fix this mess. I will do anything you want me to do if you’ll help me out of this. I’ve prayed those prayers before, and quite honestly the answers I’ve received have been rather unimpressive. You see in my mind I imagine God making a big exchange. Something big and impressive from me for something big and impressive from him. Isn’t that the way this should work? But what if instead of a big and impressive exchange, God wants an ordinary and unnoticed act of obedience? What if God wants you to do something that wouldn’t receive a single praise from another person? What if God is asking you to do something that makes no sense at all?

Naaman is furious. He traveled all this way to be told to do something so totally unimpressive that made no sense. He argues, can’t I bathe in a cleaner river at least? There are so many better options than the Jordan river. No one wants to take a bath in the Jordan, you’ll come out dirtier than you went in. And seven times? I mean God, don’t you have the power to heal me on the first dip in the water? Can’t we negotiate and make it three? Naaman is leaving in a rage, convinced he’s wasted his time even seeking healing when his servant stops him and says in verse 13, “if the prophet had told you to do some great thing, would you not have done it?”

Naaman went down to the nasty waters of the Jordan river and he took his first bath. Nothing happened. He took his second bath, still nothing. Then his third. People must have been watching him at this point. He must have looked ridiculous. Back in the river he goes for bath four, and fix. Talk of the crazy man down in the river must have been spreading through town. Six baths and nothing. But on his seventh bath in the Jordan river, he was healed. He came up out of that water with skin the scripture says was of a young boy. He was fully restored.

Today, let’s renew our commitment to not only those big things, but those small things. Let’s renew our commitment to seeking God in all ways. Lord, there’s no place we would rather be than in your plan for our lives. And if that means doing ridiculous things, then we will do ridiculous things. If that means doing the same thing over and over again 7 times, we will remain faithful. If that means getting over our own anger and resisting the urge to rationalize what you’re doing and how you’re going to do it, then we’ll get over it today. God, I’m willing to do anything … even the small stuff.

By Lonnie|June 25th, 2018|Categories: Devotionals, Podcast|Comments Off on 106 Take A Bath