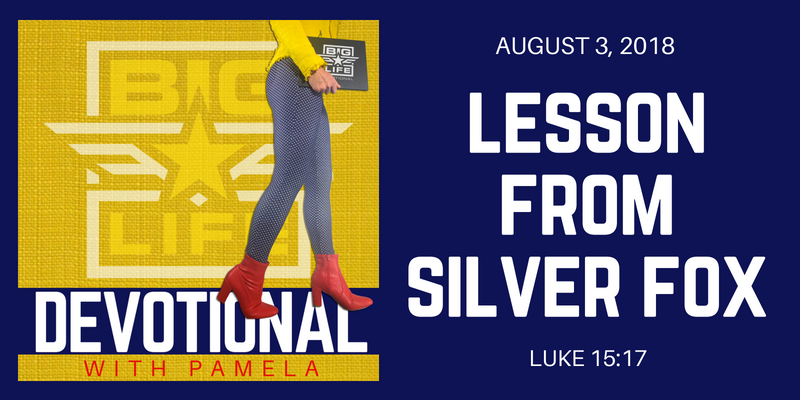 How many times do we stumble over the small thing and fail to appreciate the big thing?

But today, we turn our focus on the big thing. What little silly thing are you stumbling over and what big important thing are you failing to appreciate?

In our bibles, Luke chapter 15 is a series of 3 parables. Parable of the lost sheep, parable of the lost coin, and parable of the lost son. These were stories told by Jesus to help us understand a deeper lesson in practical ways. Today, we will focus on my personal favorite, parable of the lost son. You’ve likely heard of this lost boy, also called the Prodigal Son. A father had 2 sons and the younger son was a bit of a brat. His father was wealthy and he knew he had an inheritance coming to him, he had a right to his money, but he didn’t want to wait nor did he want to be part of the family. He wanted his money and he wanted to live a wild free life. So the father gave him his money and the son went and blew it all quickly.

The son stumbled over the small thing and failed to appreciate the big thing. The big thing here was he had a father who loved him. He had a good life. But he stumbled over his desire for immediate money. Oh how dangerous this is even for us daughters of the king. Have we stumbled over chasing success and size 6 jeans and forgotten we are already adored by the most high? Have we failed to appreciate God’s ultimate provision as we stumble over our desire for a little newer and a little bigger of this or that?

The prodigal son was stumbling over a small thing and failing to appreciate the big thing.

Now after all his money was long gone, he found himself in the middle of a real mess. Oh how this can happen when we get so wrapped up in the little things and miss the big things. A mess. In fact, the prodigal son was living with pigs, begging for the pigs food, when all the while he had a rich father who loved him more than anything else, longing for him to come home.

Luke 15:17 says “When he came to his senses, he said, ‘How many of my father’s hired servants have food to spare, and here I am starving to death!’”

Oh when we come to our senses and realize how foolish we have been. How we have gotten tripped up over the small things and missed the big thing that was right in front of us all along.

Today, may we come to our senses.

My sister, where have you been so wrapped up in the small nuisances and annoyances that you’ve missed the big ol’ blessing you’re living with?

I’ve learned a whole lot from a woman I refer to as Silver Fox. She’s one of those classy, slightly edgy gray haired women that has truly lived. You can see it in her eyes and hear it in her stories. Silver Fox often comes to our BIG Life Retreats and teaches a marriage class that will wake you the heck up and send you home a different wife. You see, she teaches from a widow’s perspective. She shared with us the story of how she used to get so annoyed by her husband always leaving his dishes all over the house. He seemed completely incapable of cleaning up after himself. So she would nag and she would complain and he would never change. And one day her beloved husband passed away. And then there were no dishes. She looks out at our audience of wives who have fallen into the same trap of tripping up over the small things and failing to appreciate the big things and she says, “what I would give to clean up after him one more time.”

The big thing is right in front of us. Don’t miss it.

The prodigal son always had a father who loved him and would do anything for him. But little things had gotten in his way. First his greed, then his pride. But when he came to his senses he realized how ridiculous his priorities had become. He returned to his father and when his father saw him coming he ran to him, welcoming him home.

Let us return to the big things we have been failing to appreciate. Let’s not get tripped up over the little things.

The dishes don’t really matter – the husband does.

The kids’ messy rooms don’t really matter – the kids do.

Her quirky habits don’t really matter – the friendship does.

The weather doesn’t really matter – this day of life does.

Don’t get so wrapped up in the little things. Remember what’s truly important today and don’t miss it.

By Lonnie|August 3rd, 2018|Categories: Devotionals, Podcast|Comments Off on 135 Lesson From Silver Fox