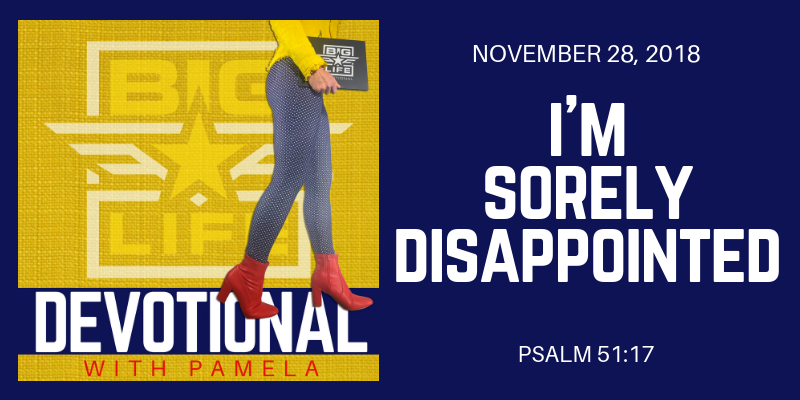 When my 3 kids were small we started a tradition that continues today, our Christmas Countdown Mittens. It was a year when finances were tight and Christmas was going to be slim, that I got creative. I needed to stretch the little we would be able to buy and make it seem bigger. So instead of waiting until Christmas morning for a stocking stuffed with presents, I decided to spread out those little presents throughout December. I bought a bundle of those tiny little stretchy gloves and glued felt numbers on them, beginning at 25 and counting down to 1. On the final day of November the countdown begins, 25 days until Christmas. Mitten #25 is filled with a stocking stuffer, typically bought from the Dollar Store, and carefully hidden in the house. The kids were always so excited to wake up and start the hunt for the hidden mitten and the tiny treasure that awaited them. (You’ll find photos of our Christmas Countdown Mittens and how I made them on my personal Facebook under Pamela Crim.)

Every year the most prized treasure in the mittens were the $1 worth of glow sticks. It was the single gift my son and my daughters all 3 loved. It was also the gift Daddy and I loved. The day of the glow stick treasure turned into the night of glow in the dark hide and seek and late night dance parties. However, finding the glow sticks that morning required they wait until night to break them. In the day they are just a flimsy piece of plastic, but in the dark once broken, they are a full on disco party in your hand. Their power is released in the breaking.

HIS POWER IS RELEASED IN THE BREAKING.

Could this be why God has allowed hardship to touch your life? The lost job, the diagnosis, the accident, the disappointment. Could the breaking be for your benefit? I don’t believe everything we encounter in life is from the hand of God. God gave us free will and using that free will we can create our own messes. Combine that free will with the fact that we have an enemy in this world who is actively pursuing each of us and of course we have potential for disaster. But here’s what our God does, he takes everything concerning us and uses it for good. Every bad ending he uses for a new beginning. Every setback he turns into a setup. Every bit of brokenness he uses to unleash his power in our lives.
Most of us spend our days avoiding the breaking. We try to build comfortable, safe lives insulated from the pain of breaking. And we’re pretty successful at it. We can get our adventure from TV. We can live vicariously through the lives of others on social media. We can satisfy our immediate cravings with food from a bag. Take a pill to make you feel this way and not that way. We can stay inside the walls of of comfort zone and believe safety is the answer. But recognize an unbroken, safe life is so darn unfulfilling!

The bible is filled with stories of broken people whom God chose to use for his mission. He worked through their impossible. He used their dark past to create a future for not only them, but for countless generations to come. Just think of some of those stories:

Elijah – Was suicidal.
Joseph – Was abused.
Job – Went bankrupt.
Moses – Had a speech problem.
Gideon – Was afraid.
Samson – Was a womanizer.
Rahab – Was a prostitute.
The Samaritan Woman – Was divorced.
Noah – Was a Drunk.
Jacob – Was a cheater.
David – Was a murderer.
Jonah – Ran from God.
Naomi – Was a widow.
Peter – Was impulsive.
Martha – Worried about everything.
Paul – Was a serial killer.
These were broken, flawed people. Yet, this is who Jesus chose to love. These were people who had some crap happen to them, yet this is who God chose to work through.
This bad news you have received, this setback, this delay, this hardship is NOT THE END. It is your breaking. You’re being broken so God’s power is fully released in your life. Embrace it. It doesn’t mean you have to smile and say this is the best thing that ever happened to you, but it does mean you can trust God is doing something beautiful in the process. It does mean that one day you’ll look back and see how God was working in every detail of this breaking to bring you to a better place. A place of fulfillment and purpose. A place where you come face to face with the life you were created for and see how God has been equipping you to walk in it.

Psalm 51:17 says “The sacrifice you desire is a broken spirit. You will not reject a broken and repentant heart, O God.”

Reading that scripture using The Message Translation it says: “Going through the motions doesn’t please you, a flawless performance is nothing to you. I learned God-worship when my pride was shattered. Heart-shattered lives ready for love don’t for a moment escape God’s notice.”

Have you been broken?
Are you being broken right now?

It may feel like the most confusing time in your life. You may be asking “why me”. Hey, it’s okay to tell God you’re sorely disappointed. He can handle your truth. I’ve had it out with God before. I’ve told him I thought his ways were jacked up. I’ve told him his love felt more like punishment. I’ve told him we were no longer on speaking terms. Gosh I’m grateful he waited me out. Here’s the thing about God … he never turns his back on us, even when we’re being ungrateful brats. He will not forsake us. He will never stop using every thing in our lives, and I do mean everything … every bad decision, every harmful action, every setback and delay, and every sore disappointment for something good.
Get ready to glow in his power sister! This will be used. Nothing is wasted.

You don’t have to settle for a flimsy piece of plastic, let it be broken and see the full on disco party up in here! I don’t know what is coming as a result of the brokenness you’re currently experiencing, but I trust it’s going to be something darn good!

By Lonnie|November 28th, 2018|Categories: Devotionals, Podcast|Comments Off on 218 Sorely Disappointed