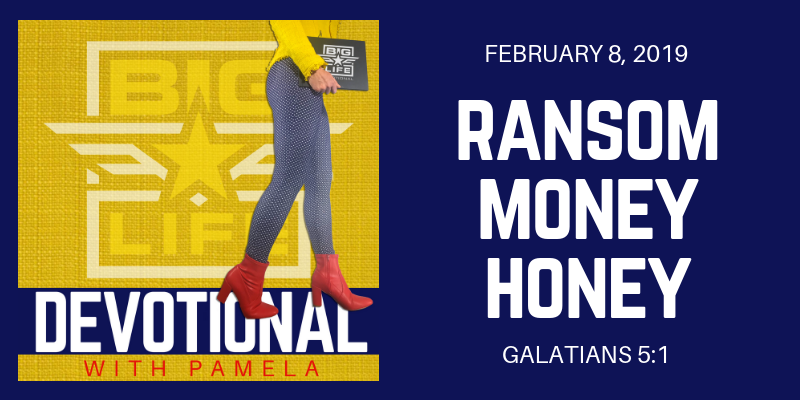 I’ve titled today’s devotional “Ransom Money Honey” Ransom. It’s something we only see in the movies. A payment demanded for the release of a person being held captive. Maybe you remember the late 90’s movie with Mel Gibson where his little boy is taken and the kidnappers demand 2 million dollars in ransom. Using that movie as our visual, I want you to imagine, you have been taken captive. You are being held in a life you don’t want to live. The price demanded for you is higher than anyone can pay. You will never be set free, held prisoner for all the days of your life until someone pays the price.