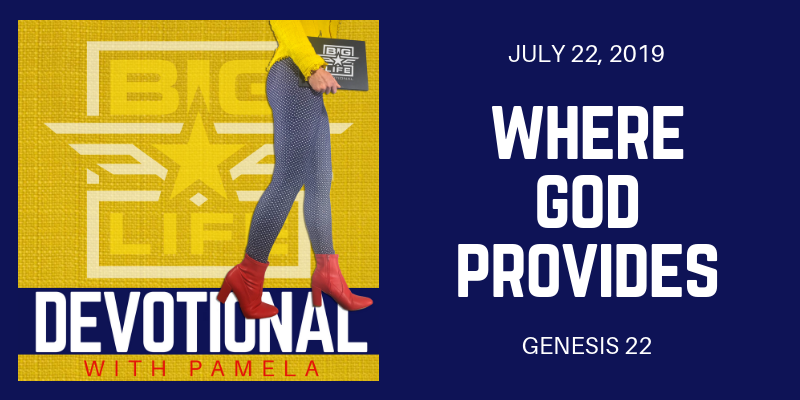 Some of us woke up today to the life we once prayed for. You’re in a season of blessing and fruits. A season of joy and happiness. God has been faithful and you have proof of it. He has provided. He has made a way when there seemed to be no way. Look around you today and I bet you’ll find an abundance of answered prayers.

In episode 385 “God Said Yes”, I shared the story of Abraham and Sarah, the couple in their 90’s unable to have children and then God shows up and says “ahhh, no … that’s not the way your story will end. I will give you a child and many nations will come from you.” Now we fast forward a few years later after Abraham and Sarah have their promised child. Life was now good, they have what they want. Their son Issac is growing up and he’s a good boy. He’s everything they ever imagined. Everyday they were waking up to the life they had prayed for. And then God asked for it back as a sacrifice. This child for whom they had prayed, this miracle which God had given them, their hope and their future was now at risk.

Yes, the son which Abraham had waited 100 years for, his pride and joy, his hope for the future is now being requested to be sacrificed by God. How do you even come to terms with that? Yo, like what God? You want me to give up the single most precious thing you have given to me?

What has God given you? Are you willing to let him fully have his way with your life and all that he has given you? Will you trust if God takes it away, he will redeem it? Will you believe that he has a plan, and it’s a good plan? A plan to prosper you, not to harm you. A plan to give you a hope and a future. It doesn’t always feel that way in the middle of the test though does it?

I don’t know what and where you’re being called to trust God with … my guess is some pretty precious things. I’m standing in this place where the Lord will provide … he has to because I can’t fix it. I don’t have the solution. It’s not for a lack of trying. What’s required here is my faithfulness. And God is asking the same of you. Will you trust him with your best?

By Lonnie|July 22nd, 2019|Categories: Devotionals, Podcast|Comments Off on 386 Where God Provides