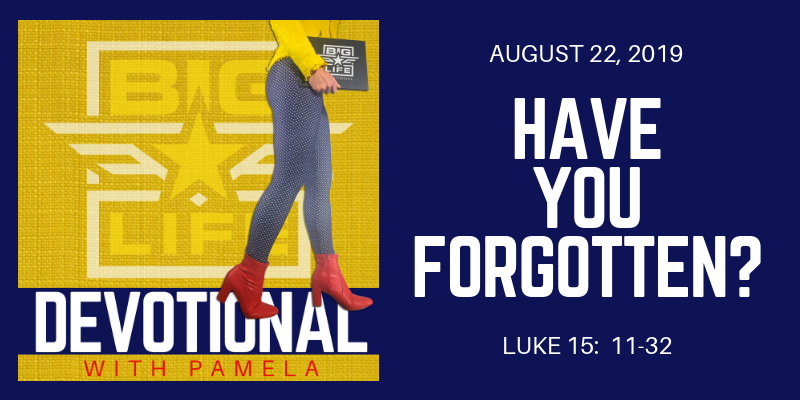 The story of the Prodigal Son is one of my favorites. Every time I study it, I learn something new. It’s a story I cling to right now for one of the people I love the most. Luke 15:11-32 gives us the full story and it would take you less than 2 minutes to read it today. That would be a really good use of 2 minutes. I’ll give you my 20 second recap of the story. A father has 2 sons. The younger son comes to the father and demands his inheritance early. He takes his money and wastes it on wild living and ends up broke. He’s desperate and miserable and realizes how he is living doesn’t align with who he really is. So he returns home with his head hung in shame. When his father sees him from a distance, he runs to his son, welcomes him home and throws a big party to celebrate.

By Lonnie|August 22nd, 2019|Categories: Devotionals, Podcast|Comments Off on 408 Have You Forgotten?