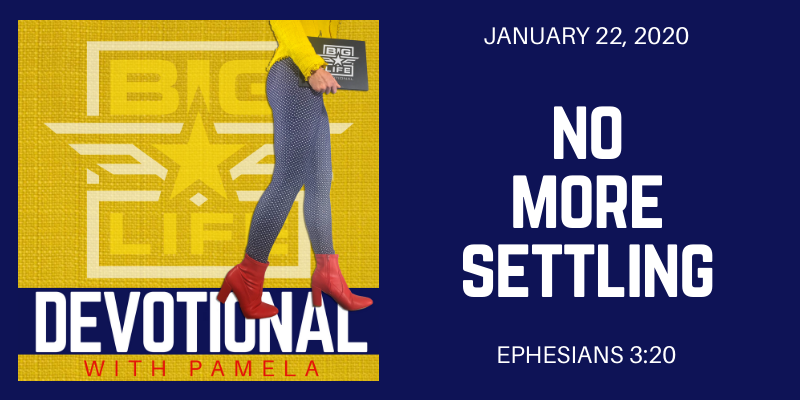 Your faith is the seed by which God produces an abundant harvest in the next season. But first you’re in this season. A season of plowing where things are dug up and turned over. A season where there’s a whole lot of work and not a whole lot to show for it. That’s okay, your season will be changing soon.

Your faith may be threatened by the delay, but girl you hold on to the hope that tells you God is about to do something, because HE IS!!!!! Oh yes, he is, and it’s going to blow your mind.

I wonder if there’s anyone listening today who has been hoping for something. You’ve been hoping for a long time, a really long time. And let’s face it, the expected time line for your hopes has already come and gone. Your current circumstances tell you it’s not gonna happen.

What have you been hoping for? Something better. Something bigger. Something new. Something more. Something different. Something to change. There was a time when your hopes were high. You woke up believing it could happen and now it almost seems ridiculous to keep hoping.

Is that you? Well I can’t tell you how happy I am that you’re listening today because God has a message for you.

Here’s what he wanted me to tell you.

God says – I AM ABLE TO DO EXCEEDINGLY AND ABUNDANTLY ABOVE ALL THAT YOU ASK AND THINK THROUGH MY POWER THAT IS GOING TO WORK IN YOU.

Write it down, it’s Ephesians 3:20 – “Now unto him that is able to do exceeding abundantly above all that we ask or think, according to the power that works in us.”

That thing you’ve been hoping for. That thing you used to pray a whole lot about but now so much time has gone by with no change, no improvement, no growth that it seems ridiculous to keep praying about it …. yeah, that thing, well God wants you to know he’s going to do something exceedingly and abundantly above anything you could ever think of. This means he is going to blow your mind!

You should get excited!

How’s he going to do it? Through his power that is going to work in you. It’s going to happen IN you but it’s going to be because of HIS power.

When’s he going to do it? When the season is right. In just the right time, when the seasons have changed, then you will see what God has been doing in this darkness. Then it will sprout up and grow in the light. But right now, it’s concealed in the deep dark because it’s not ready yet. God is still working. Won’t you trust that today? You may not see evidence of his work in this specific situation in your life, but that doesn’t limit God’s power to work behind the scenes, in the deep, in the unknown, within.

In my 44 years of life, here’s what I’ve kindof figured out … there’s a whole lot of time I really don’t have a clue what I’m doing. I’m throwing spaghetti at the wall and seeing what sticks. I’m fumbling my way through the darkness, knocking crap over, sometimes making a little progress and sometimes running in circles. BUT GOD KNOWS EXACTLY WHAT HE IS DOING. He can see in the dark and he can work in the dark. And he honors our efforts to just keep trying.

Looking back I see God has totally blessed a few efforts that didn’t make a whole lot of sense, but he chose to work through it any way. We don’t always have to know the exact right next step, we just have to be willing to take a step in faith and God will do the rest. I admit, I keep God pretty busy because I’m always willing to keep stepping, even in the dark. And God is so faithful to continually say “okay girl, that wasn’t exactly what I had planned, but I can work with it.”

You know, God is up for a challenge! My impossible is God’s invitation to do something awesome. I haven’t seen the ending of a few of my wanderings in the dark, but I trust it’s going to be mind blowing because my God is in the middle of it.

But here in the middle of waiting … in the middle of the struggle … in the midst of the darkness, something within us is threatened. That faith that sommons the almighty God to unleash his power is met with reality. When reality is hard, we naturally begin to protect ourselves. How do we self protect? We settle.

Because of the delay, because it was harder than you ever imagined, we slowly start to settle. Have you started to lower your standards, release your hopes and level down due to circumstances? Have you convinced yourself you’ll be okay if things don’t change? You’ll be okay if that dream planted down deep in your soul never happens. You’ll just live with it. Ahhhh, you can pretty it up all you want to, but the truth is, that’s settling. How do I know so well what that looks like? BECAUSE I’VE DONE IT IN MY LIFE. There have been times I’ve let the fire die because every time I tried to stir that old fire it was just a painful reminder of all that WASN’T. It became easier to let the flame go out and give up on that hope than to keep trying to fan the flame.

What causes us to settle? Circumstances.

Who here has less than favorable circumstances? You have something working against you. You have a mountain standing in your way. You have a clock that is ticking and the time seems to have already run out. You have a long hallway full of closed doors. You feel like you’ve tried everything and nothing has worked. You’ve just run out. I don’t know what you’re out of this morning – out of time, out of money, out of resources, out of support, out of ideas.

He’s the God who tells 86 year old Abraham that he WILL BLESS him and Sarah with a baby, stop settling. He’s saying, I get it – circumstances say that baby isn’t going to happen, but I’m not limited by your circumstances. And did he do it? Darn right he did!

He’s the God who tells Moses to speak to thousands and lead his people to freedom, but Moses could hardly speak because of his stutter. Circumstances. These real life circumstances almost caused Moses to dismiss himself from the calling on his life. But God proves he’s not limited by circumstances and Moses really doesn’t have to say much when he uses his stick to part the red sea. You better believe the people followed.

He’s the God who tells the man who has been crippled for 38 years to get up and walk, while he was still laying crippled on his mat. God wasn’t limited by how long he had been laying there. I often wonder if that man woke up thinking that day was just another day of being stuck in his circumstances, never expecting it was the day that changed everything.

Stop dwelling on your situation. Hey listen to me, God is sovereign over your situation. You may not see a way and there may not currently be a way – but God will MAKE a way.

Circumstances may be unfavorable. Your situation may seem hopeless. But my God, your God, can do exceedingly abundantly above everything we ask or even think. Don’t you settle. Stop it. Stop convincing yourself you’re okay if things don’t change. Stop living below your potential. Stop selling out for easy. Today we rise up and believe in something that’s not normal. Something that the world says is too hard. Something the clock says it’s too late for. Something you’ve started to believe may not happen for you.

Circumstances and situations are nothing to our almighty God. Stop looking at all that’s wrong and keep your eye on God today. His power is at work within you, now let him work! Your faith is an open door for God to blow your mind, it summons his power to be unleashed in your life, it is the seed by which a harvest will be produced in the next season.

Now is not the time to give up because our God is going to do something exceedingly and abundantly more than we could ever ask or imagine. And remember how he will do it … his power that is at work within us!

By Lonnie|January 22nd, 2020|Categories: Devotionals, Podcast|Comments Off on 516 No More Settling