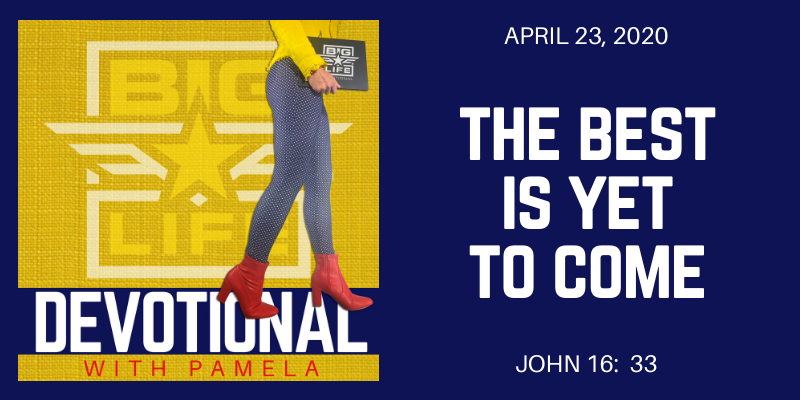 When you imagine the life God created you for, and the journey to living that life, what do you see? If it’s a journey to travel, what does that journey look like?

We often assume the “right path” in life will look like a highway through the flatlands of the midwest. God will go before us, he will remove any obstacles, and he will make it crystal clear we’re on the right road because there will be signs. Yes, signs from the Almighty reading like road signs on the highway that say “you’re doing good Sarah”, “this is the right way Kim”, “keep cruising along Angela.” So we think when we get on this right path, life will clearly be easier, we’ll set the cruise, speed along and arrive safely at our destination which God has planned for us.

Do struggles and delays, hardships and obstacles represent the WRONG path for your life? Or do they represent the REAL life, not the Hollywood version, for a follower of Christ?

Is there a single story in the Bible of a godly person who seemed to be traveling easy? Is there even one example of a person fulfilling their purpose while everything worked perfectly for them? I can’t think of a single one. Not one.

You’re looking for the signs to get you to the highway for easier traveling, and God says “honey, I never made you for the highway. I made you for roads that go right through these mountains. Roads that cross these rivers. Roads that twist and turn. That’s what you’re made for. Yes, it’s the harder way of travel, but I’ve equipped you for it. We’re taking the scenic route and travel won’t be fast, but I’m going to show you so much along the way.”

And here on this rocky path you find yourself on, where travel is slow and you can’t see what’s around the bend, there are signs. Not the signs you imagined that would tell you exactly where you are and where you’re going. Not signs that tell you with certainty you get to exit in 5 more miles. If not a single person in scripture had those kind of signs, my guess is we won’t either.

But isn’t it funny how we assumed the right path in life where we’re finally going in the direction we need to go, would somehow be more certain than it is. We assumed signs would be everywhere and traveling would be easier.

The signs we see say one thing “the best is yet to come.”

We haven’t arrived yet my sisters. We must keep going. There is so much more ahead, joy awaits, but the journey continues. We’re not on a straight line to glory, but we will get there.

No matter what your current circumstances may be, the truth still remains, the best is yet to come. God has more for you. Keep going.

The story of Ruth tells us of a young woman who had lost her husband. Her life had been turned upside down as she was left to care for her mother-in-law Naomi, who’s husband had also died. Two women fighting to survive.

It seems so unfair. And isn’t that life sometimes? Unfair.

None of us were ever promised this would be easy. In fact, what does Jesus tell us about the unfairness of life? He tells us trouble is certain. In John 16:33 Jesus says “In this world you will have trouble. But take heart! I have overcome the world.”

Does it mean the trouble will be removed, just banished so you can speed right through the hardships and turn on the cruise control? Nope. Jesus didn’t remove the trouble, he overcame the trouble. He endured it all for you, took it upon himself so a way could be made for you. And the way, well the way is through it.

Ruth went through the trouble. The trouble of 10 years of marriage and no children. She was barren.

The trouble of loosing her husband. She was filled with grief and pain.

The trouble of being alone with just her mother-in-law and carrying the burden of trying to just find food for them both.

Every day was a struggle. A struggle to find her way. A struggle for strength to do what needed to be done.

But Ruth was faithful on her journey. And what did God do? MORE THAN SHE COULD HAVE EVER IMAGINED!

What will God do for you in response to your faithfulness on your journey? MORE THAN YOU COULD EVER IMAGINE!

Ruth met Boaz, a good man who had the power to save both her and Noami. A man who would fight for her and love her. A man who married her and changed her whole world. And after Ruth and Boaz were married, this woman who couldn’t have children and had lost her husband, gave birth to a son. That son would have a son, and he would have a son. 3 generations later, Ruth would be the great-grandmother of David.

David, the little shepherd boy who would defeat the giant Goliath. David, the man in the lion’s den who had faith in God and God protected. David, who would become King David. David the man after God’s heart who wrote many of the Psalms we read today.

This was the the future of Ruth. The joy which awaited her. But the path there was no highway. The only signs were signs that said “the best is yet to come.”

If you’re currently on a windy path filled with obstacles and delays, I pray you see the signs today. Signs that remind you THE BEST IS YET TO COME.

If you’re going through the mountains with hairpin turns and dangerous cliffsides, I pray you see the signs today. Signs that remind you THE BEST IS YET TO COME.

If you’re going through an underground tunnel where you can’t see the light at the end yet, I pray you KNOW God is with you in this tunnel and he has made a way through it. You will see the light again. You will get through this. Joy awaits you. Keep going my sister, keep going.

The best is yet to come.

The right path isn’t easy. It’s not clear. Don’t be fooled by the enemy’s lies that tell you this should be easier. No where in the Bible are we given examples of easier lives. We’re told of lion’s dens and fiery furnaces, we’re told of prisons and wildernesses. Windy, hard traveled roads that lead to glory.

Know this, God has gone before you. He has made a way, but that doesn’t mean the way will be easy. Don’t back down just because it’s not clear. Keep going because your God has declared a victory and you are safe in his shadows. Always believe THE BEST IS YET TO COME because Jesus has overcome the world!

By Lonnie|April 23rd, 2020|Categories: Devotionals, Podcast|Comments Off on 582 The Best Is Yet To Come