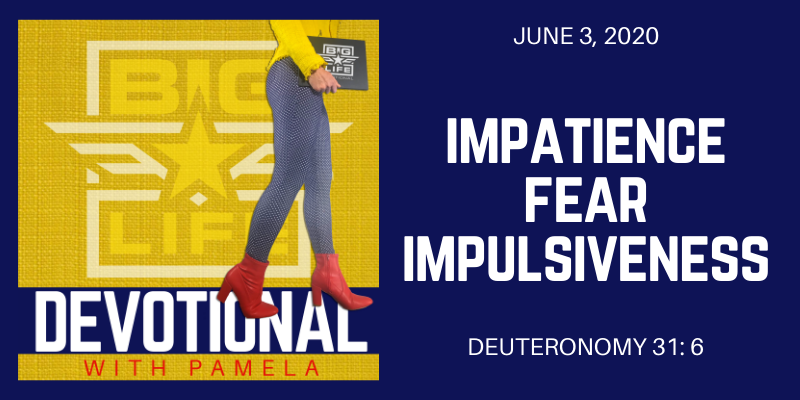 God uses screwed up people to do some of his best work. He uses those who have walked a few miles on the wrong path, those who have failed miserably, those who are impatient, fearful and impulsive. Jesus was the only perfect one God ever used … the rest of us fall in the other category.

The bible is full of stories of people who had moments of stupid. I feel as if looking at their stories, stories of good people who loved God and were even highly favored by God, yet really excelled at being ignorant at just the wrong moment, well that will give us some confidence in our own story.

Today we will look at 3 common shortcomings and what God does with them:

Abraham was a man whom God had promised to bless with children. But you know sometimes God’s timing and our timing doesn’t quite jive and in our own head we think we can speed up the process a bit. In Abraham’s opinion God was taking entirely too long to fulfill his promise of giving he and Sarah a baby, so he has his epic moment of stupid. He’ll sleep with his wife’s servant and she will have his baby. You know what’s even worse, it was Sarah’s idea in the first place! So the servant has Abraham’s firstborn child, and shortly after God does exactly what he promised he would do, he does the impossible … Sarah gets pregnant too. As you can imagine, this creates chaos and turmoil for their family. Ahhhh, it was that moment of stupid! A moment of stupid sponsored by impatience. That lightbulb moment of “I have a bright idea” without a holy pause to run it by God first.

Dang I’m guilty of that one. Bright ideas without a holy pause. I grow impatient in the wait and start forcing my own way. You too? Hey, God can work with that.

Jonah was God’s chosen one to speak to and work through. A man created for a mission, and when God clearly gave Jonah his mission, scripture says “he ran away from the Lord.” He not only ran away, but he went in the exact opposite direction from where God told him to go. That was a moment of stupid. A moment of stupid sponsored by his fear. Not only his fear, but he just plain ol’ didn’t want to do what God had clearly told him to do. And so he goes in the wrong direction, avoiding his mission and he’s swallowed up by a whale. Well that sucks. Talk about a coming to Jesus moment when you’re in the depths of the sea, in the belly of a whale!

Where has fear caused you to go in the wrong direction? What mess has your fear created, and I have to wonder if it’s actually worse than then thing you were running from. Ending up in the whale of a stomach is way worse than going to a city you don’t want to visit. But, that’s what fear does. But God can work with that.

Peter was a friend of Jesus. One of the 12 who walked so closely with Jesus, who knew him best, who saw first hand his miracles. Not only saw his miracles, but was invited to be part of the miracles. Peter was a man who had walked on water with Jesus. But then, when under pressure, he denied he even knew who Jesus was. This moment of stupid was sponsored by impulsiveness. Speaking before thinking. Peter was always the impulsive one. The first to jump up and go. The first to volunteer. But now he was so quick to speak and he knew what he had done.

And there we have it, impatience, fear, and impulsiveness all bringing about moments of stupid. We’ve all had them. And for those of us raising the next generation of human beings, we have a front row seat to watching our offspring’s shining moments of stupid. I have young adult children and I stand amazed by the craptastic decision they can make after I thought I raised them so well. You know what always makes you feel better … talk to other moms of you adult children!

I’m blessed with an inner circle of women who are in the same stages of life as me. They share conversations they have with their prized offspring. It goes like this …

“You’ve been dating for 2 months, sure it’s time to move in together. That makes perfect sense!” IMPATIENT

“You have no job and you’re convinced there are no jobs available so you’re no longer looking laying here on my couch. Good plan!” FEAR

“You were where … doing what … with who? Oh good Lord.” IMPULSIVE

I wish God would just come in and save us from our moments of stupid. Keep us from ever making that bad decision, going down the wrong path, and creating a mess for ourselves. Wouldn’t it be better if he would just save us from all of that? God could have stopped Abraham in his impatience choosing to have a baby with his wife’s servant instead of waiting for God to do what he had promised. God could have stood in Jonah’s way and not let him ever get on that boat heading in the wrong direction. God could have sealed the lips of Peter, he could have made him unable to speak so he would have never denied Jesus.

Here’s why … we learn best when life touches us.

In theory we know right from wrong, but when we EXPERIENCE wrong, we get the lesson in the depths of our soul, we taste exactly what we don’t want, and we’re able to change all our future decisions with a tenacity we otherwise wouldn’t have.

God allows life to touch us. He allows our moments of stupid to create chaos. He allows our impatience, our fear and our impulsiveness to get us in trouble, but he never forsakes us. He never leaves us. Deuteronomy 31:6 “Be strong and courageous. Do not be afraid or terrified … for the Lord your God goes with you; he will never leave you nor forsake you.”

He is always standing by to turn our mess into a message. A message of “hey kids, don’t go this way … it sucks!”

And here’s one other reason I believe God often allows mistakes and misteps: One day we’ll be able to look back and see the life he saved us from. Maybe that’s even today. You can look back at the road you were on, the decisions you were making, and you see where it was leading. Girl, you were world-class stupid! And God saved you from that life. If it weren’t for your moments of stupid that you so clearly see today, you wouldn’t know how God saved you. You wouldn’t understand on a personal level how your life has been radically changed by a savior who loves you relentlessly. Oh the life he saved you from.

Matthew West sings a song called “Amen.” It says “every time I look back over my shoulder, I can see the life he saved me from.”