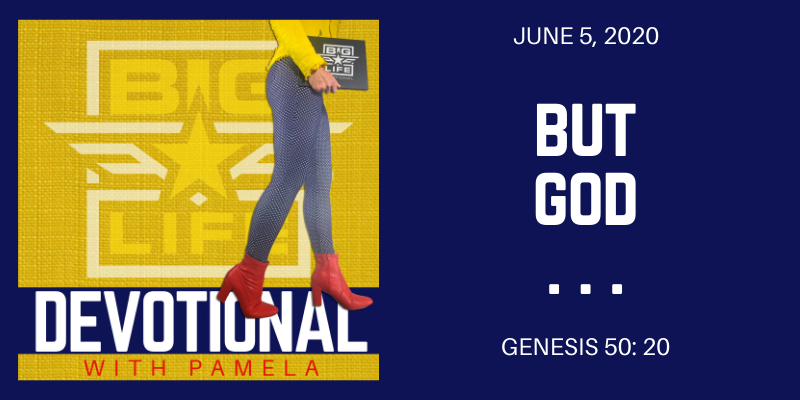 God is fully satisfied with who he created you to be. He’s proud of how he formed you and equipped you. Oh what pride he poured into the details of YOU.

Every thing with purpose for a purpose.

He wasn’t rushed in the making of you. He didn’t get halfway through and run out of time. He didn’t say “ahhh, well that’s good enough I gotta move on to the next creation.” No, he knit you together in your mother’s womb with the intention of who you would become and he didn’t stop until he knew you were exactly as he wanted you.

Girl, make friends with who you are, it’s something special.

God created you to be you, and he choose this exact place and time in history for your life. How crazy to think of all the times you could be living in, you’re in THIS one. That’s not an accident. 2020 was always in your future. God always saw it coming and he chose you and I to be here for this. Not to just survive it, but to become who he created us to be through it.

When we began this year, we declared it would be the year of 20/20 vision. The year to see things more clearly. The year to get it right. The year of a clearer perspective with a focus on what is truly important. And while it seems like a whole crapfest of events, hardships and crisis have plagued much of the 156 days so far, the reality is NONE of it has been a surprise to God and it’s not an accident you’re living in the middle of it all.

God uses the hardest of times to refine us and make us better. He works through the chaos to bring peace. He eliminates the nonsense to reveal the priorities of life, and when those priorities have been way out of whack, he starts moving things himself.

Remember the story in the bible of Jesus walking into the temple and seeing people mistreating this holy place so he starts flipping over all the tables … yeah, that’s kinda 2020. Some tables have been flipped.

Some tables needed to be flipped, didn’t they?

Has the evil one had his hand in some of the events of this year? Oh, I’m certain of it. But there’s nothing God can’t use.

We know that because of Genesis 50:20 “You intended to harm me, but God intended it for good to accomplish what is now being done, the saving of many lives.”

Joseph spoke these words. A man who had been betrayed by his own brothers and lived decades imprisoned or enslaved all because they were jealous of him. It wasn’t right and it wasn’t fair. But Joseph remained faithful in it all. Everywhere he went, he found favor. Where he was a slave, he became the favorite. Where he was imprisoned, he was promoted. And all this time as evil was taken out on Joseph, God had a plan.

Joseph was now the Governor of Egypt and his brothers who had sold him into slavery when he was only 17 years old were before him begging for food. All those years, all he had gone through, he could have grown bitter. He could have ended their lives and they would have deserved it. But instead he saw how God had used even the worst things that had happened in his life for something so much better. Now, because of the bad, there was good. God had used what was intended for harm for good and many lives were saved.

Joseph saved an entire nation during a famine. His brother’s lives were saved because of him. Yes, they meant to harm him and Joseph knew it. However what was more powerful than their wrong doing was God’s right doing through it all.

Tomorrow is June 6th, a day that marks a radical change in the trajectory of my life. It’s a day I set aside to remember what could have been and dwell in gratitude for what is instead. 25 years ago, as a 19 year old newlywed my whole world went dark and things spun out of control. A blood clot lodged in my brain stem causing a massive stroke. Memories were wiped and functions were gone in seconds. I was left unable to walk or talk with little hope of being able to again.

I know the power of God because I’ve experienced it. I know his ability to take what is bad and turn it to good because it is my reality.

You know what I realize … my life is better because the enemy tried to stick his ugly head in. God used it all for something better than I could have imagined.

Won’t he do the same for you?

Won’t you let him?

God can use all of this. Every single unfolding of this year, he can use it. And he can use it to bring that clearer focus and broader vision. While the enemy intended it for harm and he has celebrated a few victories in the pits of hell, HE WILL NOT WIN HERE.

How will he be defeated?

God will use all of this for the saving of many lives now and he will do it through us. Yes, me and you. The ones designed by the almighty for this exact time and place. Rise up and do the good you were created to do my sister.

God knows what he put in you and he knew it’s exactly what would be needed now. Show up and live your life with holy confidence knowing anything the enemy throws at you will be turned around. And when God turns it around it becomes something greater than you could have ever imagined.

Joseph never imagined rising up as the leader of Egypt and saving the lives of an entire nation. He just knew his brothers hated him and left him for dead. But God knew. God knew exactly where all this could lead and how he could use it for good.

Won’t you trust God is still in the business of using his power for game changing goodness?

In John 14, Jesus comforts his disciples and he says “Do not let your hearts be troubled.” Then he tells them “whoever believes in me will do the works I have been doing, and they will do even greater things than these …”

Jesus did some pretty amazing works of love while he walked this Earth. He healed and he restored broken people. He brought together misfits and gave them a mission. He gathered people and gave them a purpose. He brought hope and peace. And he said now we will do even greater things here.

I believe that’s what we’re here for. We’re here, fully equipped by our creator, proud of who he made us to be, to do his good works turning what was meant for harm into the saving of many lives.

By Lonnie|June 5th, 2020|Categories: Devotionals, Podcast|Comments Off on 613 But God …