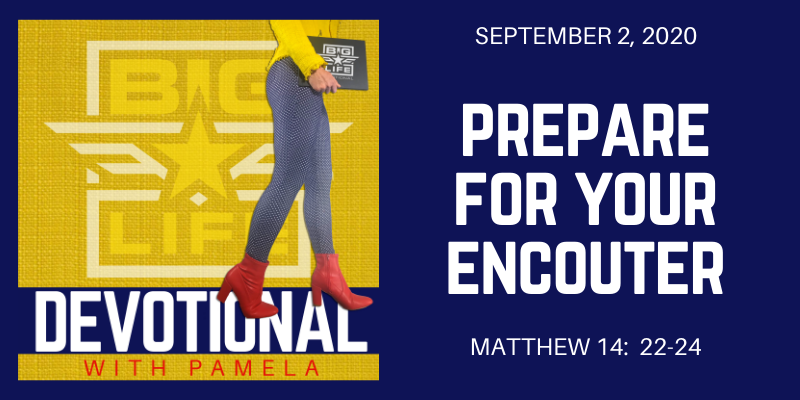 If God sends you into it, surely it will be good, right? If he guides you there it’s part of his good plans for goodness in your life, right?

And when it’s not good it must not be his will? We must have disobeyed somewhere if things got hard and we stepped into a mess. We missed a turn, we failed to see the signs. I mean surely that must be what has happened because God wouldn’t intentionally lead us into disaster, would he? He wouldn’t guide you directly to a problem like the one in your life right now.

Would God willingly lead you right to this place of uncertainty? Would he bring you into a chaotic mess on purpose?

You bet your butt he would! And he does.

Oh, don’t be shocked, Jesus never hid his ways. It’s always been right here in the Bible for us to see clearly and set our expectations accordingly. We just miss it.

Look at this. Matthew 14: 22-24 “Jesus insisted that his disciples get back into the boat and cross to the other side of the lake, while he sent the people home. (Then) he went up into the hills by himself to pray. Night fell while he was there alone. Meanwhile, the disciples were in trouble far away from land, for a strong wind had risen, and they were fighting heavy waves.”

You’ve likely read that before and completely missed the fact that Jesus insisted his friends get on a boat and head out into the middle of the lake where they would encounter a mighty storm. You think Jesus didn’t know there was a storm coming? You think he missed the weather forecast that evening?

Impossible. Jesus knew without a doubt there was a storm coming. Remember, he is the one whom the winds and waves obey. So, he not only knew his friends would encounter a storm in that boat, he arranged it.

Not all the storms in our life come through the hand of the enemy. We’re so quick to give him credit for every disturbance to our plans and every disruption on our journey, but what if the storm you’re in right now isn’t a work of your enemy, it’s under the direction of Jesus? What if he sent you right in the middle of this storm for a purpose? And what if the purpose isn’t to defeat you like you think it is?

Jesus INSISTED the disciples get into the boat and go out that night. He knew trouble would come while they were out far away from land, and he sent them anyway. In fact, I would propose he sent them FOR that purpose. He insisted they go because they had an appointment with the storm. The strong winds of resistance were for them. The pounding waves were for them. This storm was no accident.

Oh, he could be setting you up for an encounter with Jesus!

The disciples had been hanging out with Jesus and had come to know him as a friend. Directly before getting on the boat that evening, do you know what they had just witnessed? They had just been on the hillside where a crowd of 5,000 men plus women and children had gathered to hear Jesus. There on that hillside Jesus decided he wanted to cater the meeting and feed them, but of course the only thing available was the lunch a boy had carried of 5 loaves of bread and 2 fish. The disciples had just been part of the miraculous feeding of this massive crowd. They had just seen Jesus take what wasn’t enough and turn it into more than enough. They had just finished gathering the leftovers after feeding the crowd and counting 12 baskets full of bread and fish. They knew what Jesus started with. They knew how many people had eaten. And they knew the leftovers were much greater than what Jesus had to work with in the beginning. There was no doubt they just witnessed a miracle.

But … it was not personal to them. It was a display of the general power of Jesus. And now, here they are on a little boat in the middle of a big storm and they’re about to come face to face with the PERSONAL power of Jesus.

Maybe you’ve known God is a provider, but you’ve never known his personal provision until you had a personal need. Could that be why this deep personal need has been permitted now in your life … because here you will meet the PERSONAL power of Jesus in your own life.

Maybe you’ve known God is a healer for others, but up until now you’ve never needed his healing hand over your family in a way like you do now. Here is where you meet the PERSONAL power of Jesus in your family.

This storm isn’t to destroy you my sister. This storm isn’t punishment. And perhaps this storm isn’t even a sign that you’re on the wrong path going in the wrong direction. Some storms are delivered by the hand of God as a personal, life changing encounter with his power because a greater invitation awaits.

Scripture tells us Jesus walked out to the boat in the middle of the storm and of course the disciples were afraid. And you know how the story goes … Peter says, “hey Jesus, if that’s you, tell me to walk out on the water to you.” And Jesus responds with one word, “COME.”

After Peter walks on the water with Jesus he says, “truly you are the Son of God.”

It was an intentional storm, then a personal encounter that led Peter to KNOWING exactly who Jesus was.

I can tell you it’s the storms in my life that led to some personal encounters with Jesus that brought me to knowing exactly who he is.

Many years ago my husband and I had built a successful mortgage business in Dallas. I felt God leading us to leave everything we had built, move to El Paso and help start a church in the desert. For the first time in my life I asked God for a sign to be sure he was really leading us into this move because it could certainly mean financial disaster without him. I prayed for a white feather. Weeks later after receiving no sign, I was in our garage packing and preparing for the move, and a white feather fell from the rafters of the garage out of nowhere. It gave me the assurance we would be okay.

So, we moved, and we stepped right in the middle of a huge storm. I assumed going where God was leading would be a road paved with blessings. I was wrong. It was paved with hardship and closed doors. Everything we tried seemed to fail. We were in major trouble and God seemed to get real quiet on us for a long time.

And this is where God led us? This was his great plan for a family seeking and following him? Absolutely it was! Because here in this storm of hardship, struggle, failure and major disappointment, we would have a personal encounter with Jesus that would change everything we would ever do for the rest of our lives.

Now I KNOW who Jesus is, just like Peter knew who he was. Why? Because of an encounter. What led to the encounter? A STORM.

So this storm you’re in … this disappointing unfolding … this uncertain future … the dream that’s turned into a disaster … understand this is where God works. What if he led you here for an encounter that will leave you changed forever? Don’t run from this. Don’t wish this away. Dare to see what God is doing here.

He is working here. He is moving here. His eye is on you, it’s never left you once. Prepare for your encounter.

By Lonnie|September 2nd, 2020|Categories: Devotionals, Podcast|Comments Off on 676 Prepare For Your Encounter