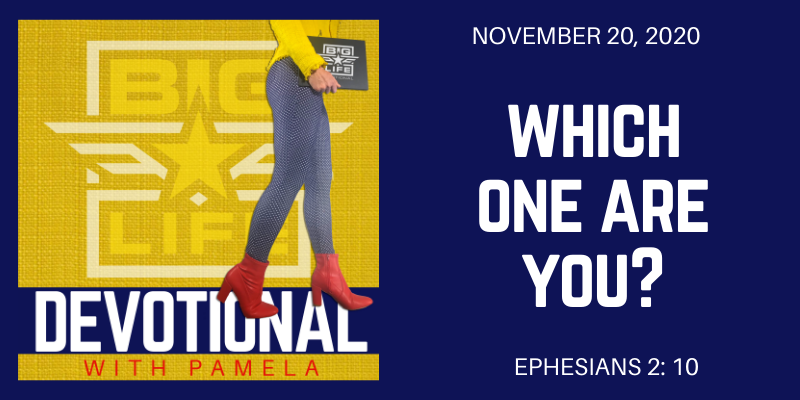 Do I have any listeners who are art collectors? I don’t hang out in art galleries, my most expensive wall hanging was likely $69 on sale at the local Hobby Lobby. Art galleries make me itchy. The thought that a single nail holds something of greater value than my car and I could potentially knock it off. Yeah, I can only keep my hands in my pockets for so long. If you’ve seen me, you know … my mouth doesn’t work without my hands and I really, really like to talk. Loud conversations and joyfully flailing hands aren’t welcome in artsy fartsy places, at least that’s what I tell myself.

But I have an amazing friend. His name is Bob Goff. Perhaps you’ve read one of his books. ‘Love Does’ is my favorite. (I guess I should add, I’m friends with Bob but he doesn’t really know who I am, and I’m cool with that … I still call him a friend and it makes me sound kinda awesome to mention him as a friend.)

So my friend Bob doesn’t really collect art either, but he fell in love with a magnificent oil painting hanging in a gallery. The piece was called ‘The Puppeteer.’ It was a painting of an old guy with his family gathered around and he’s dangling a marionette from strings, making everybody laugh. The artist was an 80 year old master painter from Europe who was going blind, making this piece pretty much priceless.

Again, me and priceless pieces of art can’t really be in the same room … but my friend decided he had to have this painting.

For 1 year Bob saved up and finally bought the painting. When he walked into the gallery there were 2 paintings waiting for him to pick up. 2 paintings which looked exactly the same. Now how could this be? This was an original painting, how could there be 2?

The gallery owner explained, when you purchase a priceless piece such as this one, you get the original, but you also get a copy. Because it is a priceless masterpiece you don’t want to take the risk of having it damaged or stolen, so you lock it away in a vault and you only display the copy.

What the actual what … I’ve never heard of such a thing. My mind is blown. Why would you pay so much for an original piece, then put the fake one on display and hide the real one?

Ahhhh … you see where I’m going with this don’t you?

Are you living your life as the original – or have you put the fake version on display?

I’ll let that resonate for just a moment.

Please someone tell me I’m not alone in this. There’s the real me … then there’s the fake me. That fake me plays it safe. The fake me intentionally shrinks back as to not be too much or too loud or too happy.

Gosh, it almost sounds ridiculous even coming out of my mouth. I am guilty of intentionally hiding my happy because my sheer happiness seems to make some people uncomfortable. The real me – the original me – the priceless masterpiece me is often locked away in a vault, kept hidden from the world because:

1 – People might not like the real me and it’s easier to handle the rejection if it’s just the imitation of me.

2 – If the cheaper, fake version of me is the one on display, then the real me can’t get hurt.

Maybe your act looks different than mine. Maybe you don’t worry about being too much, but being not enough. You hide because you feel unworthy. You drink because it gives you courage. You cover your insecurities with a show, or your cleavage, or a big coat.

Are you living authentic to who you were created to be? Is the real you – the priceless masterpiece YOU the one waking up in your bed and making the choices in your life – or has that job been left to the fake imitation of you? The lesser than version.

Have you been playing little? Acting less than? Diminishing your value?

Here’s the thing … after years and years of pretending to be less than you were created to be, you eventually have no choice but to believe deep down in you that you’re not good enough. What a shame.

Oh how the creator of the masterpiece must be heartbroken to know we doubt our value. We question our shape and our design. We hide who we really are to try to fit in when we were created to stand out.

And how unfortunate it is that we keep the true value of ourselves locked away in some vault, displaying a cheap imitation of who we were created to be, all to protect our value. To protect ourselves from being damaged. Don’t you know you were made to be admired, not locked away in a vault. You were made to live life, fully, authentically, wholly – as YOU. The original you.

Don’t you see – the real you is just what he had in mind when he made you. You are enough – you are not too little or too much – you are perfection. That’s what he means when he calls you his masterpiece.

Who will you show up as today? The real you, or the imitation version of you?

What would happen if you began living life as the true masterpiece you are? How would life be different if you ditched the fake version – the cheap imitation – and you were boldly, confidently, 100% YOU. All you. The girl God created. You would change the world.

And that’s exactly what you were created for. So do it. As the real you.

By Lonnie|November 20th, 2020|Categories: Devotionals, Podcast|Comments Off on 733 Which One Are You?