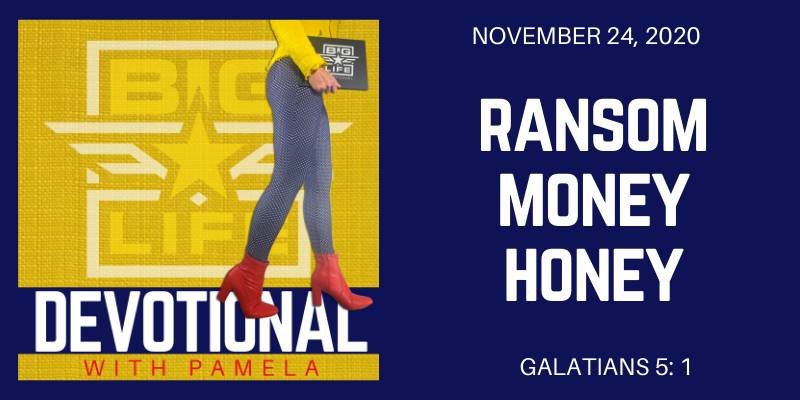 Galatians 5:1 – “It is for freedom that Christ has set us free. Stand firm, then, and do not let yourselves be burdened again by a yoke of slavery.”

Ransom. It’s something we only see in the movies. A payment demanded for the release of a person being held captive. Maybe you remember the late 90’s movie with Mel Gibson where his little boy is taken and the kidnappers demand 2 million dollars in ransom.

Using that movie as our visual, I want you to imagine, you have been taken captive. You are being held in a life you don’t want to live. The price demanded for you is higher than anyone can pay. You will never be set free, held prisoner for all the days of your life until someone pays the price.

My husband and I survived raising 3 teens in our home all at once. 99% of teens mess up with some questionable choices along the way. Mine were part of that majority. My husband is a world class father. He handled their mess ups with tremendous love and understanding while being firm and steady. I heard him tell our kids, fresh out of a bad decision, left struggling with guilt and shame, “there is no condemnation in Christ.” That’s Romans 8:1.