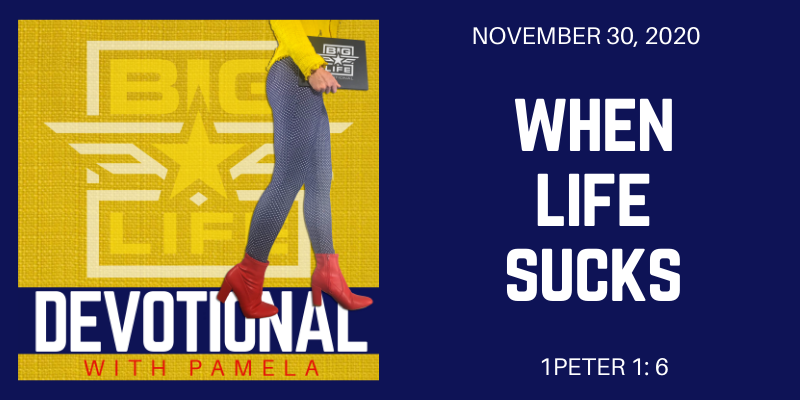 Well, it’s not like God didn’t warn us. 1 Peter 4:12 says “Don’t be surprised at the fiery trials you are going through, as if something strange were happening to you.”

Are you being humbled right now? This is the process of growth. The process of becoming. And I promise it will be worth it.

I’ve been public with our family’s battle for our youngest daughter. That hasn’t been easy. I’ve been shamed, but the truth is I was the one doing the shaming. It seems to me there are a whole lot of hurting families out there who can totally relate. So I’ve shared the fires as they came and the burned fields that were our shattered hearts for 1.5 years. I desperately wanted God to fix it, but instead he allowed it. He allowed things to get worse. He allowed things to get harder. And he allowed some things to go up in smoke.

Now today, on the other side of the fire that raged, I see the beginning of the sweetest new growth. I talk to my girl almost daily and she is once again a source of absolute joy. She is growing and becoming, and I have to believe her life will be bigger and her purpose will be greater because of the hard seasons of painful fire that humbled us all.

Maybe you’re going through something like our family did, or maybe it’s something totally different. Fire is fire. It hurts and it destroys. But it can have a greater purpose. It can be used for something good.

And when your fields get set on fire, know it is for a purpose. Don’t be surprised when some things go up in smoke. It’s all good. Say that with me, it’s all good. It may not feel good and it may not look good for a while. Charred black fields are an eyesore. But wow, when that brand new fluorescent green grass starts growing in, you see it was all worth it and your fields are better because of it. And you’ll know, it’s all good.

By Lonnie|November 30th, 2020|Categories: Devotionals, Podcast|Comments Off on 739 When Life Sucks