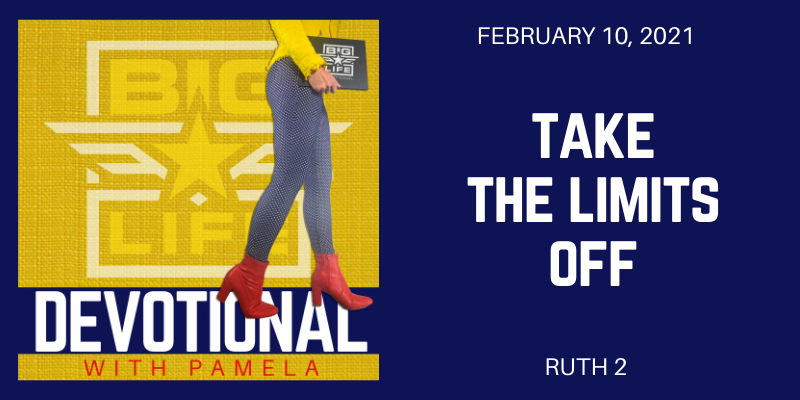 God has a job to do. He’s on a mission, with mountains standing in the way, and his power shall move them. He has a plan and it’s a ridiculously good plan. His plan covers you and your family and has taken your mountain into consideration.

But, understand this, although it’s God’s job, he will do it through you. His power is unleashed when your feet hit the floor and you put that body in motion. When you show up, God shows off.

How does God provide for your family? He provides through the means of a job for someone, and that someone has to show up and earn that money, right? Don’t miss that’s God doing his job THROUGH YOU.

Your entire life is a partnership. A partnership between you and the Almighty. A partnership of his unlimited power and your willingness to be used. He is always faithful, he simply awaits your faithfulness.

What could begin happening in your life if you were to show up every single day, ready to do all you can with exactly what you have where you are? What would happen is the limits would be removed. Yes, the limits. When we hold back, when we give less than our best, when we settle and complain, when we go through the motions and pair those motions with a bad attitude, we create limits on our life. Limits of how much of God’s goodness and favor we get to see. Limits on his unleashed power running through our veins.

Our limitless God is limited by our unwillingness to participate in our own life.

Yes, God has a job to do, and honey he’s trying to do it through you.

What, you thought it was just going to fall in your lap? You thought the job opportunity was going to seek you out? You thought your hidden talents would somehow be discovered while you continue to never use them? You thought that amazing man you’ve been praying for was going to magically show up on your doorstep. Girl, what if he did … you with that 3 day old messy bun, giving up on life pants, and disaster area of a house … you’re going to open the door and let him see that? Yeah, I don’t think so. You’re not ready.

The story of Ruth in the Bible is one of my favorites. A woman who had lost her husband and now caring for her widowed mother-in-law Naomi. Ruth had every reason to be bitter. Every reason to believe life was unfair. But we read in Ruth chapter 2 of her willingness to go out and do everything she could to make life better.

Her only source of food was the leftover grain in the fields the harvesters had missed or dropped. When you’re picking up leftovers, you’re in for a lot of work for a long time with very little result. But she was willing. Willing to show up and work. Willing to be humbled. Her willingness allowed a limitless God to work in miraculous ways in her life.

She stumbled into the field of a very rich man named Boaz. He was impressed by her willingness to work hard for such little harvest and he showed her favor. Ruth 2: 15-16 “When she got up to go back to work, Boaz ordered his servants: “Let her glean where there’s still plenty of grain on the ground—make it easy for her. Better yet, pull some of the good stuff out and leave it for her to glean. Give her special treatment.”

God had a work to do in Ruth’s life, and he did it through her willingness to go out and work that day and every day afterwards. Ruth kept going to that field and working. She continued to show up daily in her faithfulness.

And you probably know how the story goes … the rich and powerful land owner Boaz who had shown her special treatment fell in love with her, married her, and they had a baby boy named Obed. Obed became the father of Jesse. Jesse the father of David. Yes, King David who was once the shepherd boy taking down the giant Goliath … that was Ruth’s great-grandson. And guess who else would come from the lineage of Ruth and Boaz … JESUS!

This woman who had lost everything, but was faithful in showing up to do all she could with what she had, was then used in the lineage of Jesus. God had good plans for her, and those plans were higher, bigger and better than she could have imagined. She went from rags to riches. From loss to lush. From broken to beloved. But, the fulfillment of those good plans were dependent upon her willingness to show up in her hardship and do the things she didn’t feel like doing.

What if God’s good plans for your life are dependent on YOUR willingness to show up in your hardship and do the things you don’t feel like doing? What if special treatment is available for you, but first humble work. Will you be faithful?

Yes, God has a job to do … and he will do it through you! Partner with him and do your part sister. He will always be faithful to do his in return. Take the limits off your life now.

By Lonnie|February 10th, 2021|Categories: Devotionals, Podcast|Comments Off on 790 Take the Limits Off