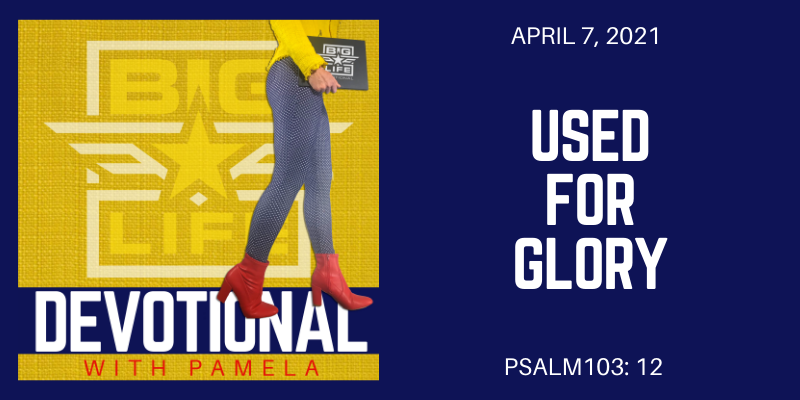 Do you wrestle with the old you as you try to be this great new person? Isn’t it ironic how Easter changed everything, yet some things remain the same. Jesus makes us a new creation but dang I’m still carrying around some old me.

I remember being baptized at 15 years old after accepting Jesus. I took the “raised to new life” very literal and thought I would come up out of that water as this perfect girl whose every struggle had been washed away. To my shock and dismay I quickly discovered I was the same girl with the same bad habits and I had nothing radical to show for this change in me.

My guess is perfection still hasn’t happened for you either. You still get it wrong, real wrong sometimes. That old you still takes over your thoughts and your mouth sometimes. You’re still making mistakes and creating messes. But now, as a forgiven Christ follower, it’s all being used for good. God has been invited into the story and here he uses it all for his glory.

Honey, you’re becoming. Becoming more than you once were. Becoming more like who God created you to be. More like the vision he had of you from the beginning. He sees your becoming and isn’t detoured by a little mess along the way. You shouldn’t be either.

I’ve been listening to a new song on repeat. It has a funky little happy grove to it which I love to snap my fingers to, but the words, oh my goodness the words. Listen to this:

All of my mistakes
Woven through my story
All the mess I make
God, use it for your glory
Every wrong turn, it’s true
led me right here to You
I may lose my way, nothing’s greater than Your grace
Not even my mistakes

The song title “Mistakes” by Unspoken. Isn’t it true? Every mistake you’ve ever made, every misstep and wrong turn, it all led you right here to this moment where God is speaking to you. It led you here to Him, and that’s not so bad.

Can you make peace with your past? Can you move on from your mistakes? God sure has. He’s moved right on past all that mess and is here trying to use it for good … will you let him?

You have a story. And any story worth telling has some dark, shady parts. Raising kids into young adults, I can tell you I tried like crazy to help my kids avoid the dark, shady parts. They dove right into them head first anyway. And no matter how much I prayed, it still happened. No matter how much I hovered and patrolled, they wandered off the path I wanted for them and walked right through some messy crap. And God allowed it all. He was right with them through it all and every wrong turn he used to bring them right back to him. Mistakes were woven into their story. It’s the makings of a good story.

So to the mama feeling like a real failure as your child has taken the scenic route to a good purpose, off roading through deserts you never wanted them to wander into, crashing into hardships you wanted to save them from, never forget God’s grace is bigger than all their mistakes.

Unfortunately our mistakes don’t end in our 20’s. They follow us in every stage of our lives and stupidity revisits us when we thought we would be well beyond this foolishness. Old struggles return, or new struggles grow, but struggle is never far from any of us. Life is messy and we get caught in the mess. We fail. We fall. We get stuck in a rut and only dig ourselves in deeper until one day we look up and don’t recognize the life we’re living any more.

And through it all, God never gives up on us. He never says it’s too much. Hey remember, Jesus already paid the price for all of this. Redemption is yours for your sin 30 years ago and your sin yesterday. And redemption isn’t just forgiveness, it’s a promise to use it for good. God wants to use your story for good now.

Throughout the Bible we are told of people who were chosen by Jesus to be close to him, and these were people with a past. People like Paul who was once called Saul, a man who beheaded anyone claiming to follow Jesus. This is who Jesus chose. A man who had made mistakes. Jesus looked at him and said “you’re perfect for the story.” So why wouldn’t he chose you too my sister?

Mary Magdelene was a sinful woman with 7 demons. Jesus healed her, then she joined him and the disciples for the rest of Jesus’ ministry on Earth. Notice after he healed her, the former part of her story didn’t disappear. It was still included. It was included so God would get glory through it.

You want to clear out the previous part of your story. Erase the mistakes. Forget the failures. But God only gets glory if they’re USED. That’s why we know about Paul’s former life and Mary Magdelene before her encounter with Jesus. It was continually used for good, and still is today.

I have a thought, may I share it with you? You know that mistake you carry around with you? The one you’ve tried to forget a hundred times, but it still seeps through the cracks of your brokenness and brings its darkness? The one you’ve battled with shame, guilt and regret over? You know you’re forgiven, but it still hurts to remember? Yeah … how about you change your prayer.

If you’ve already asked God to forgive you for it, you don’t have to ask him one more time. It’s a done deal. Forgiven. And we are told in Psalm 103:12 “as far as the east is from the west, so far has he removed our transgressions from us.” God no longer associates your mistake with you. He hasn’t tied it around your neck … that’s your doing. It has been removed from you. Forgiven fully. You never have to ask him for forgiveness for it again.

But here’s the payer … Instead of praying for forgiveness again after you’ve already done that, and instead of praying to forget it when forgetting isn’t part of the plan, you can pray this “God, use it for your glory.”

When God is being glorified, everything changes. The struggle comes to an end. The guilt and shame is released. You don’t have to forget to move on, you move on towards purpose that uses it all for good now.

The best marriage counselors are the ones who have had messy marriages themselves.
The best therapists are the ones who needed therapy too.
The best teachers are the ones who first learned the lesson the wrong way.
The voice of the woman who had an abortion is the one the next young girl may listen to and be used to save a life.
The voice of the one who battled addiction is the one today’s addict would be most impacted by.
Your scars speak. The fresh wounds of others need your healed scars for hope. Don’t hide those scars, use them for God’s glory now.

Whatever you’ve gone through … whatever mistake you’ve made … this is where God’s glory is at work.

Here you are today totally imperfect. You’re forgiven, not perfect. As you live your new life, the old you is still there. It never goes away. You’re in the process of becoming. Becoming requires the old you. Without the old you to start with, it wouldn’t be becoming, it would be appearing. You’re not magically appearing, you’re gradually becoming with God’s grace. And all that old stuff is woven in your story where God wants to use it for his glory.

All of my mistakes
Woven through my story
All the mess I make
God, use it for your glory
Every wrong turn, it’s true
led me right here to You
I may lose my way, nothing’s greater than Your grace
Not even my mistakes

By Lonnie|April 7th, 2021|Categories: Devotionals, Podcast|Comments Off on 830 Used For Glory