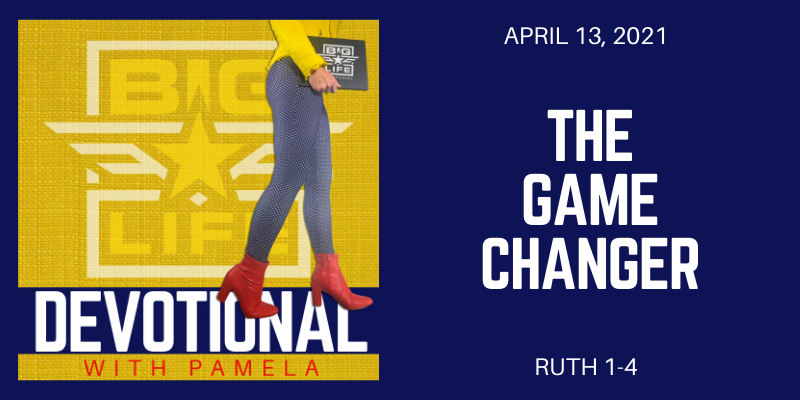 In life, we are all dealt a hand. Cards given to us we didn’t ask for. Circumstances we didn’t control. Some things that seem unfair, and others that seem like great fortune. But, this is what we have been given in life. Some good things, and maybe some not so good.

The question isn’t what you have in your hand … the question becomes HOW DO YOU PLAY IT?

Watch any good poker player with a winning record, and you will see. It’s not that they are ridiculously lucky and always get the best cards. They too get unfavorable cards and losing hands. The difference is how they play what they have been given. This is the game changer.

If you fold over every single negative thing that comes your way, honey, you won’t ever win. Sometimes you gotta play that bad card like your life depends on it, because actually it might. How you handle this negative situation in your life could determine every day of your future. If you give up here, this could be as far as you’ll ever go. If you throw down your cards and accept defeat, you forfeit the hand being offered in the next round.

I often refer to life like the changing seasons. No Winter lasts forever. Some are longer and more harsh than others, but eventually all Winters turn to Spring. Life continually changes. Some seasons it will be ridiculously good series of sunny and 75 days, and other seasons will be chaos and a continual dumping of crap it seems. But, the season will change, both good and bad.

You can also view life like a deck of cards. Stay in the game long enough, and eventually you’ll see all the cards, good and bad alike. And with enough practice you will learn how to play the once bad cards in a way that makes them work for you. You can’t give up the entire game just because of your current cards. If you do, you will never know what cards were coming next. There’s one guarantee about the next hand you’re dealt … it will be different than the one you currently hold.

Life is continually changing. Nothing ever stays the same. It’s that way by design. And while you can’t change the hand you’re given, you can play the heck out of what you have.

In scripture we read of game changers. God tells us about these game changers so we can apply the same strategy in our own game. They show us how to win. Game changers like Ruth. Ruth was a woman who had been given harsh circumstances in her life. Her husband had died and she was left as a young widow. That’s not fair. That’s the equivalent of a 3 of spades. What do you do with that? Her father-in-law had died as well, so there was no man to provide for her or her mother-in-law Naomi. Without a family provider, you were left to starve.

Not fair. Not deserved.

Maybe you seem to be on the receiving end of ‘not fair’ and ‘not deserved’. Unfortunate circumstances have created a harsh struggle making this season of your life ridiculously hard. The cards you have been dealt are NOT winning cards. Now my sister, how will you play them?

What will you do with what you have been given?

You simply don’t know how your response to current circumstances may negatively or positively impact your future. You do not know what God has lined up for you next, but I can tell you, your ability to step into what is next is dependent upon what you do with your now.

Ruth had no idea her faithfulness in taking care of her widowed mother-in-law and daily going to a field to pick up any leftover wheat that may have been dropped by the harvesters would lead her to a totally different life. Ruth was just out doing what she could. She was being faithful with the cards she had been dealt, even the bad ones. Especially the bad ones.

The entire book of Ruth is only 4 chapters. It would make for a great read to understand how God rewards the one who faithfully plays a bad hand well. To understand the impact your actions have here where things haven’t been easy, haven’t been fair, and haven’t gone the way you hoped. What will you do now?

Ruth, even in her extreme loss and hardship, was faithful. Her reward was provision for the day by means of food for her to gather and eat, but also ridiculous, mind-blowing blessings for the future. The owner of the field where she snuck in to gather barley as their only means of food, noticed how she cared for her widowed mother-in-law Naomi even during her own loss. This man’s name was Boaz. He was rich and powerful.

Boaz married Ruth and they had a boy named Obed. Obed had a son named Jesse. Jesse became the father of David, the giant slayer who became King. And 27 generations later came the savior of the world, Jesus Christ. But first there was a young woman who had lost her husband, struggling to find food to eat. A woman who’s life had such an unfortunate turn, leaving her in desperation.

You are a game changer … or you could be. At this moment you hold cards. Those cards are circumstances and realities that may be awesome, or they may be awful. You may have been blessed with far more than you deserve, or you may have some really unfair cards that have come your way. You can’t change that. What matters now is what you do with what you have been dealt.

Play the heck out of this sister. God has asked you to be the game changer in your family. You’re the one. No more complaining over the unfairness of it all, show up and play this thing! How could you use this for good? How could you be ridiculously faithful with the cards you have been dealt? You have no idea what cards will come next.

Ruth had lost her husband and was left to care for Naomi who had also lost her husband. They had nothing and no one to care for them. That was a crappy hand. But how she played it kept her in the game. And the hand that would come next changed everything. In her hardship she couldn’t possibly imagine what God had aligned for her. The blessings and favor that awaited her on the other side of a bad hand played well.

And my sister, the same could be true for you. You have no idea the blessings and favor that could await you on the other side of this bad hand played well. Stay in the game. Be faithful here. Keep a good attitude. Praise God in the middle of this storm. A new set of cards will be dealt soon, so play what you’ve got now! That changes the game.

By Lonnie|April 13th, 2021|Categories: Devotionals, Podcast|Comments Off on 834 The Game Changer