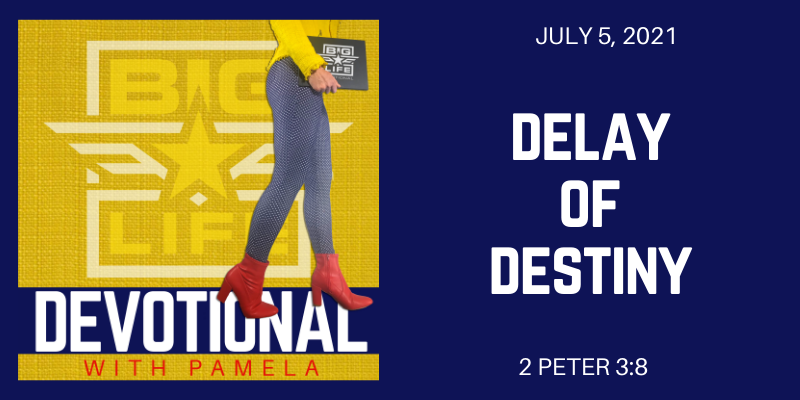 God has a plan for your life, and we are told it is a good plan. Knowing God specifically created me for a plan that is radically good leaves me feeling both incredibly hopeful, and slightly panicked. What if I missed his plan? What if I screwed it up? What if I was supposed to go right and I went left? What if my past failures have disqualified me from future offerings?

Do you feel the same way? Slightly panicked trying to ensure you’re fulfilling these good plans for your life on the right path?

Now that I’m in my mid-40’s, I’m understanding what a mid-life crisis is. I once red a book that describes a man’s mid-life crisis as the red corvette in the driveway. Now I can’t see a man in a red corvette without having a giggle. Was this his scramble to get more out of life after realizing he may have been wasting his previous years? Is this his attempt to stay young and rewind time a bit? Or is it simply a man who worked hard his whole life and can finally afford the nice car he always wanted?

That same book said a woman’s mid-life crisis could be starting a new career, running a marathon and going sky-diving. Check, check and check.

Looking back, I see what I missed, and I don’t want to miss an ounce of it again. At this age, I now have eyes that continually search for where God is leading me. It’s the result of some wasted years with my head stuck in the sand. It’s the result of seeing exactly what God can do and being freaking hungry for more of that in my life.

Is that where you are? Hungry for what God can do? Searching for where God is leading you? Have you lived long enough to know you can get caught in the rat race and miss the whole point of being alive? Why are we racing anyway? You do know the finish line is death, right? You’re rushing for this to all be over, and one day it will be, and guess what … you would give anything to go back to this season of life where you are now. You have things today that one day you will only wish for again. Don’t miss it while it’s here.

What if where you are today is all part of that good plan you’re seeking? What if this is exactly where you’re supposed to be? What if being here fully in this phase of your life is the key to stepping into the next phase with more contentment and less regret? What if God’s good plans for you require you to be still here for a moment and quit worrying about the future? What if you’re standing right in the middle of greatness but you’ve been choosing to rush through it?

You don’t have to chase in desperation what God has for your destiny.

Look at the story of Joseph. A faithful man with a crap family that sold him into slavery because they were jealous of him. That didn’t stop God’s good plans for him. Genesis 39:2 “The Lord was with Joseph, so he succeeded in everything he did.” This was AFTER becoming a salve. Yes, he had unfortunate things happen to him, but he couldn’t get away from God’s blessings. Everywhere he went, God blessed him with success. Soon his master recognized Joseph’s blessing and put him in charge of his entire house. Destiny.

But then his master’s wife became attracted to him and tried to seduce him. When he resisted, she became enraged and turned the story to say he tried to rape her. This landed Joseph in prison.

Now some would say life wasn’t fair to Joseph. Bad things kept happening to him. People kept betraying him. All he had worked for continued to be stripped from him. But this is all about perspective. God had a destiny for him. Circumstances did not derail that destiny. Remember, circumstances do not HAVE to derail your destiny. They can if you let them. Joseph simply didn’t allow it.

Now Joseph is in prison for a crime he didn’t commit. Genesis 39: 21-22 “But the Lord was with Joseph in the prison and showed him his faithful love. And the Lord made Joseph a favorite with the prison warden. Before long, the warden put him in charge.” Destiny.

Now he’s in charge of the prison, but still held captive. What do you do when your potential outweighs your position? What do you do when your circumstances fall short of your calling? You remain faithful. God knows what he is doing sister. You have a destiny and you do not have to chase in desperation what God has for you. Your panic is not required here. Your faithfulness is.

While in prison, Joseph begins interpreting dreams with the talents God had given him. This got the attention of Pharaoh, the King of Egypt. And once again, just as Joseph became a leader in his master’s house before, and then a leader of the prison, he became a leader in Egypt. Genesis 41:41 “Pharaoh said to Joseph, “I hereby put you in charge of the entire land of Egypt.” Destiny.

And this is exactly where Joseph was supposed to be. Here in this position he would save the lives of his people, including the lives of his brothers who betrayed him all those years ago. God had used all of this intended harm for good to bring Joseph to his destiny.

Joseph never had to chase it in desperation. What God had for him could not be ruined. No one could stop the goodness God had planned. Joseph simply had to remain faithful.

Things may have gone wrong for you. Progress may seem to have been interrupted. But my sister, remember nothing can stop the good plans God has planned in advance for you. You haven’t missed it. This isn’t impossible with God.

Now reality may tell you time is running out. That ol’ mid-life crisis may be barking loud. You may feel your best years have come and gone, and with them your best opportunities. I know that feeling. I live with that same dog. But remember this, 2 Peter 3:8 says “With the Lord a day is like a thousand years, and a thousand years are like a day.”

Ask the Almighty to help you step into your destiny, recognizing it’s right here right now with your next act of faithfulness. Where could that step take you … oh girl, just as Joseph’s faithfulness led to continual advancement and promotion, you just never know where one step of faithfulness could take you next.

This is the unfolding of your destiny. Be here for it.

By Lonnie|July 5th, 2021|Categories: Devotionals, Podcast|Comments Off on 893 Delay of Destiny