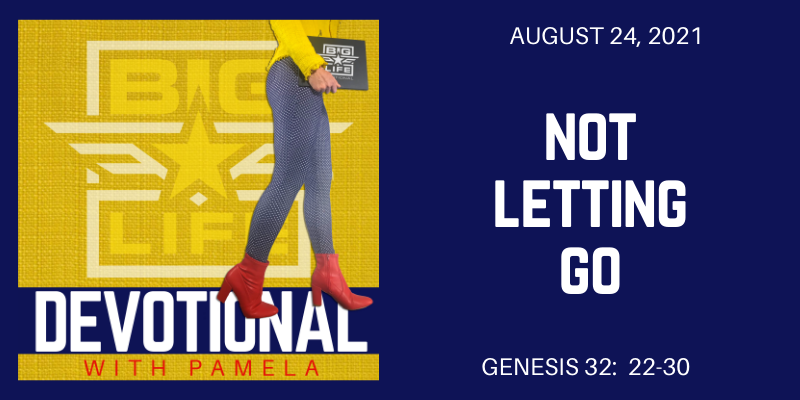 How much longer will you ask and actually still believe it’s possible? How many more times will you hope God gives you a sign, after having received nothing? What do you do when the area you desperately need God to work in continues to go unchanged? Will you keep asking? Will you continue to hold on? Will you absolutely refuse to back down?

Many years ago I read the story of a 4 year old little boy who died, went to Heaven, then returned to this life to give all the astounding details that perfectly aligned with scripture. Things this little boy couldn’t have possibly known if he hadn’t actually experienced heaven. The book later became a movie, “Heaven Is For Real.” Not included in the movie is my favorite part of the story. The little boy, while in Heaven with Jesus, is told that he’s being sent back to live because his Daddy was still relentlessly praying for him. His Dad would not quit bombarding the throne of God with his requests, so God decided to send his little boy back to him.

The visual this story paints for me has been life changing. I now see God hearing my prayers and considering my requests. I can see him leaning in close as I ask again and again. And I can see him extending his hand, making the impossible possible, bending a few rules, rewriting the story, because I keep asking in faith.

My sister, have you given up on believing God will respond to your request? Have you lost hope as you look at your reality in despair, facing another day where nothing has changed? Will you storm the gates of Heaven again … will you boldly approach the throne again … will you wrestle it out with God and ask again?

Yes, again. Yes, here where odds tell you it’s not possible. Here where the optimal time has already passed. Here where common sense tells you this isn’t happening. Will you gather what faith you have left after weathering this storm for so long, and tell God you’re here asking again?

I have a dear friend who is married to a wonderful man. Everything about their life was beautiful, except for his struggle with alcohol. And somehow alcohol took all that was beautiful and left nothing but a disaster. For over 20 years he had battled his addiction, and always lost. After a little progress, he always fell back into temptation and ended up worse. That is, until God touched him. One night he was sitting in front of the liquor store, preparing to buy his next bottle of poison, and he felt the hand of God touch his shoulder. With one touch, he was able to do what he had never done before, he turned the car around, drove home and stayed sober. It’s been nearly 5 years, and he’s been sober since. A man who had struggled with addiction for over 20 years was healed instantly and has never desired a drink again. How is this possible? A prayer that had been prayed hundreds of times in the past was prayed again. Once again, God was bombarded with the pleas of a desperate family, and he moved in response.

Will you pray again? Will you boldly approach the throne of the Almighty and tell him you’re not giving up? Here you are again, holding on to his promises, believing in his power, and refusing to back down. God, we’re asking again!

There’s a beautiful family in Indiana who have been touched by the unimaginable. A near fatal drowning accident has left their blonde haired, blue eyed little boy as a shell of the 2 year old he was before. I, along with nearly a half-million people, follow their journey on their Facebook page called Light for Levi. This family has FAITH. Bold, undeniable, solid faith. But it’s been nearly 9 months since the accident, and precious Levi is still suffering. With every faith-filled update posted, my heart just breaks a little more. Life goes on, but their boy’s progress does not, and they are growing weary.

I must admit, I avoid thinking about little Levi and his family most every morning as I write the devotional. I’m here sharing light and love and joy, promising how God is using all things together for good, working in every detail to bring you to the life he created you for which is more than you could ever imagine … but that doesn’t measure up to their reality. After recording a new episode, I must admit I think to myself, “oh how I hope that poor mama doesn’t hear that devotional because I offered her nothing of help.” It seems like a slap in the face of their reality.

Where are God’s good plans in this tragedy? Where is his unleashed power in this unchanging situation that is sucking the life out of an entire family? Where is his grace and mercy when Levi cries non-stop in an unconscious state, inconsolable. Where is God when this beautiful mother prays for even a little sign that her boy will come back to her, when day after day there is nothing?

As I was busy avoiding their reality yesterday, trying to ignore that which I can’t make sense of, God reminded me once again of the story of Jacob wrestling with a stranger one night.

Genesis 32: 22-30 “So Jacob was left alone, and a man wrestled with him till daybreak. When the man saw that he could not overpower him, he touched the socket of Jacob’s hip so that his hip was wrenched as he wrestled with the man. Then the man said, “Let me go, for it is daybreak.”

But Jacob replied, “I will not let you go unless you bless me.”

The man asked him, “What is your name?”

Then the man said, “Your name will no longer be Jacob, but Israel, because you have struggled with God and with humans and have overcome.”

But he replied, “Why do you ask my name?” Then he blessed him there.

So Jacob called the place Peniel, (meaning Face of God) saying, “It is because I saw God face to face, and yet my life was spared.”

If you’re weary from the fight, now with a dislocated hip like Jacob, ask God again for your blessing. Ask him for his undeniable movement on your behalf. Petition him again for his power over your impossible.

I want you to know, I’m asking with you again today. I’m here with you, and if you’re tired, I’m ready to jump in the ring for you. We’re like a tag team wrestling duo. Tag me and I’m in. I’m wrestling on your behalf sister. I’m telling God we’re not letting go without that blessing. Because we know with ONE TOUCH OF THE ALMIGHTY, this can change!

And isn’t that what he wants? He wants us to never let go of him. So, we hold on!

By Lonnie|August 24th, 2021|Categories: Devotionals, Podcast|Comments Off on 929 Not Letting Go