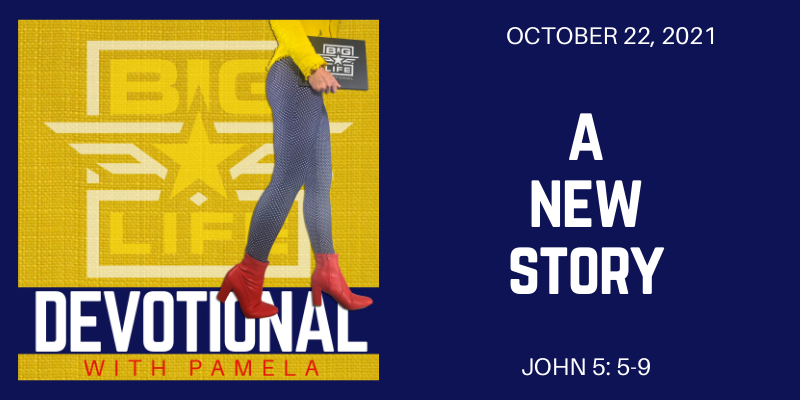 Yesterday I met a woman named Gigi. She approached me while at the Oceanside harbor and asked me for help. Her request led to a long walk together, some deep conversations, and lunch. Let me start by telling you Gigi is no less than me or you. She is a beautiful child of God, created for a purpose, and chosen by the Almighty for the saving sacrifice of his Son. She is worthy. She is loved. She is redeemed. So am I, and so are you.

The question simply becomes if we have accepted that invitation to live beyond what has happened to us and rise to the offering of God for a greater life. The truth is, sometimes pity serves us. Sometimes all that has happened to us becomes permission to settle for less than we are capable of today.

Gigi has no doubt had a tough life. Things have been hard for her. She shared she has spent most of her adult life in prison. She had been abducted by 2 men and forced into a life of prostitution. She has been plagued by health problems and continual hardships. I certainly cannot judge her current position. I cannot assume I would have done any better or different. I have no stones to throw here.

As I walked along side her, talking as friends, we encountered many people. With each passing person she tried to engage in conversation. One by one, I not only heard their replies, but I felt their replies. Avoidance. Judgment. Disdain. Distance. No one had ever treated me that way, but now because I’m walking with her, I saw it myself. I felt it myself. It hurt.

This has become her reality. It has been her reality for a long time. So she leads with the one thing that works for her. Her illness. Her hardship. Her hurt. Her entire story is one that calls for your pity. She has lowered herself to being pitiful for the exchange of pity that will give her what she wants or needs in that moment.

And aren’t we the same? We lead with why we can’t. Excuses become our guide. We wear our disabilities like a label, then hide our potential behind it. It’s easy to tell someone else you are not what has happened to you, and your identity is not what is wrong with you, but can we look at ourselves and say the same? I am not what has happened to me. I am not limited or defined by what is wrong with me. I am still worthy, and I am still responsible to do all that I can do with all I have been given. There is an invitation for each of us to get up, but invitations must be accepted or they go wasted.

The Bible tells us of Jesus encountering a man who’s complete world was wrapped up in his condition. The man had been paralyzed for 38 years, and every day he laid on a mat beside a pool of water where others gathered to be healed. Every day was the same. He laid by the water, someone would get healed, but it was never him.

Jesus walks up on the scene in John 5: 5-9 ” When Jesus saw him and knew he had been ill for a long time, he asked him, “Would you like to get well?” “I can’t, sir,” the sick man said, “for I have no one to put me into the pool when the water bubbles up. Someone else always gets there ahead of me.” Jesus told him, “Stand up, pick up your mat, and walk!” Instantly, the man was healed! He rolled up his sleeping mat and began walking!

Imagine how this man must have been feeling. Laying there helpless and hopeless. He had no way of getting himself into the water, and no one to help him. He must have felt discouraged. He must have felt forgotten. Alone. Unworthy. Less than. The thing that he wants is right there, but he can’t reach it. He can’t compete with the others and the first one to touch the water when it bubbled up was believed to be healed. That was never going to be him. So he laid on his mat for another day of nothing working for him. He was paralyzed.

The paralyzed man was given an invitation to a different story. Jesus asked him “would you like to get well?” The man’s response was still the same story. It was his reality. It was his helpless frustration of nothing ever changing for him. And in that moment, I believe the look of Jesus touched that man’s heart and he saw he could have a different story. All he had to do was release the one he had been stuck in and accept the invitation for more. This would mean he would have to stop leading with what was wrong with him. He would have to change his identity from all he couldn’t do, to all he could do, then actually do it.

And with that, Jesus said “Stand up, pick up your mat, and walk!” The man was healed. I have to believe his healing was a result of his acceptance of a new and different story.

Jesus’ question reveals something important about God. God will never force or push when it comes to offering healing and a better life. He is respectful of our freedom and gives us space to choose for ourselves. Do you want a different story, or are you attached to the story you tell because of the pity it brings you? Has the story you told allowed you to excuse yourself from any expectations and created a life of the smallest amount of effort possible? Do you really want something different … or has this actually worked for you?

We become almost addicted to our story and the walls of excuses it creates. Jesus just wants to know if you want to be free of that. Are you ready to move on now? Are you willing to lead with something else?

Interestingly enough, the very thing this man had been waiting on for 38 years wasn’t even necessary. He was healed without ever even getting into the water. It ends up he already had access to the living water within him. This pool of water wasn’t his answer, the living water of Jesus was his answer.

You already have what you need my sister. Jesus is your answer. He is offering you a new story. The invitation is there. To accept you must let go of your old story. Can you see beyond what was done to you, what happened then, how you have struggled, how you have failed, and all the reasons why, to accept the invitation Jesus has extended to you?

There will be work for you to do here. Work of taking responsibility. Work of getting up and showing up. Work of paying the price, righting some wrongs, and doing better this time. It won’t be easy, but it is possible. And listen to me, you’re worth that! You’re worth a better story.

Do you want to be made well? Then it’s time to leave that old story behind.

By Lonnie|October 22nd, 2021|Categories: Devotionals, Podcast|Comments Off on 972 A New Story