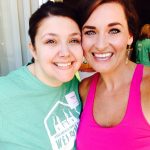 What began as a quest to help one single mama of 4 boys find her zest for living again, turned into a movement reaching thousands, connecting women and impacting families.

The Smokin’ Hot Mama Club was a single facebook page in 2009 where the founder, Pamela Crim, shared her journey of training for a marathon, posted daily sweaty photos, workout songs, and inspiration.  Soon that page was used to introduce perfect strangers and create a sisterhood of women all across the country.  The movement was bigger than just Pamela and it took on it’s own life, growing and reaching in ways she never imagined. 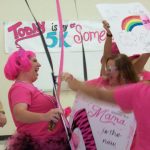 When the time came for Pamela’s marathon, others were ready too, having jumped on the wagon of self care and big living.  The very first gathering of the Smokin’ Hot Mama Club was a pep rally with a handful of women, held in the basement of the Joplin, MO City Hall on the day before the Route 66 Marathon.  In that gathering, a vision was cast.  A vision of women becoming their best and helping others do the same.

One year later we gathered again, graduating from a basement to a 2 day conference and lives were truly changed.  Eyes were opened to life outside of the confines of our comfort zones and commitments were made to live BIG.

Over the years, women did just that.  They began living BIG.  The BIG Lives they were created for.  But it was still the Smokin’ Hot Mama Club.  A club that at face value was just for women, specifically moms.  The reach was so much more than just moms.  Husbands were being impacted.  Children were being championed.  Teens were being influenced.  Grandmas were jumping in.

We’re still the Smokin’ Hot Mama Club in our hearts.  Always hot pink.  Always a group of random women not so randomly chosen to begin something bigger than they could have imagined.  We’ve grown and we’ve changed, but our mission is still the same.  To help people.  To break the brick walls of comfort zones and step into the BIG lives we were each created for.  And in doing so, we get to change our world.  The world.

What began as a 1 hour pep rally in a basement is now a 3 day BIG Life Adventure RETREAT hosted on beautiful ranches and beaches across the country, filled with inspiration, motivation, connection and adventure.

What began as a facebook page to inspire women is now BIG Life Mentoring, an online mentoring program serving as a practical guide to living BIG.

Marriages have been saved.  Families have been changed.  Thousands of pounds have been lost.  Millions of miles have been run.  Countless connections have been formed.  And it all started with helping one mama.